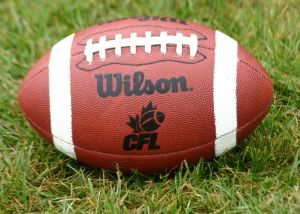 For the third time in a year, a Mizzou football player has been arrested for leaving the scene of an accident. The Columbia Daily Tribune reports that 19 year-old Maty Mauk has also been charged with resisting arrest by fleeing a vehicle stop, operating a vehicle in a reckless manner, and failure to observe a traffic control device, which are all misdemeanor offenses.

Just after midnight on August 30, MU police saw a man run a stop sign while operating a scooter with two female passengers. Neither passenger was wearing a helmet. When officers attempted to stop the driver, he fled. Shortly thereafter, police located the scooter, which had been abandoned between two cars in a nearby parking lot. They also discovered damage to those two vehicles that had apparently been caused by the scooter.

Further investigation revealed that the scooter belonged to Mauk. Officers contacted him, and Mauk reportedly turned himself in. At around 12:00 p.m. Thursday, he was arrested and taken to the Boone County jail, but he was later released after posting $1,000 bond. The charges for leaving the scene and resisting arrest each carried a $500 bond; the other two charges only required Mauk's signature. Police do not believe alcohol contributed to the incident.

Mizzou policy requires athletes who are convicted of felonies to be dismissed from the team. In Missouri, leaving the scene of an accident can either be a class A misdemeanor or a class D felony, depending on whether or not the accident caused injuries, fatalities, or property damage in excess of $1,000. The charge against Mauk is a misdemeanor. Mizzou's team spokesman says the school is aware of the situation and will be taking action internally, according to the Tribune. MU will have no further comment on the incident.

Mauk is Mizzou's number three quarterback, behind James Franklin and Corbin Berkstresser. In May, Berkstresser was arrested for striking a parked vehicle and leaving the scene of the crash. He too was charged with leaving the scene and was briefly suspended from the team: damage to the vehicle was near $1,000, and it was unclear whether he would face a misdemeanor or felony charge. In the end, Berkstresser was charged with the misdemeanor offense. He pleaded guilty and was sentenced to two years of unsupervised probation and 20 hours of community service. He was also reinstated on the football team.

In September 2011, Mizzou cornerback Tristen Holt was arrested for leaving the scene. Holt apparently fled after he was involved in a collision with another vehicle: initially, he stopped, but when the other driver asked for his insurance information, Holt reportedly got back into his vehicle and drove away. Police obtained his license plate number from a bystander who witnessed the crash. The damage to the other vehicle was an estimated $3,000, so, in accordance with Missouri law, the charge against Holt was a felony. He was dismissed from the team.

At Aaron Sachs & Associates, P.C., our car crash lawyers represent injury victims in Columbia, Missouri and throughout the surrounding areas, including Jefferson City, Centralia, Ashland, Kirksville, Fulton, Holts Summit, Boonville and Moberly. We work on a contingent fee basis, and we offer a free initial consultation to discuss your case and answer your questions. To schedule an appointment, please call us toll-free at 1-888-777-AUTO. You can also visit our website to learn more about our firm, or to contact us online.
Attorney meetings by appointment only
Categories