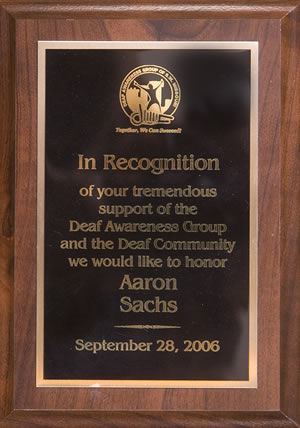 Technology now allows us to easily include those with hearing challenges in the television audience. Wanting to make the best possible use of that technology to give everyone in the Ozarks the opportunity to stay informed, Aaron Sachs is pleased to sponsor Closed Captioning in Springfield Missouri and the surrounding areas.

Closed captioning is a wonderful tool for enabling the hearing impaired to participate fully in community and culture whether it be following important stories on the nightly news, or watching television for pure entertainment

Deeply committed to community service, Aaron Sachs assists deaf and hearing impaired individuals in a number of Missouri communities including the Springfield, Missouri area, among his many community service projects. Aaron Sachs was privileged to have also been the sponsor for Closed Captioning on KSN in Joplin and the Four States area. In recognition of his ongoing support, the Deaf Awareness Group honored Aaron Sachs for his service to the deaf community in 2006.