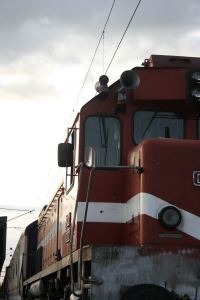 As Missouri personal injury lawyers, we know that train accidents are - thankfully - a rare occurrence, but when they do happen, the potential for serious, life-threatening injuries is extremely high. Within the past decade, officials from the National Transportation Safety Board (NTSB) have investigated 27 separate train accidents nationwide - accidents that claimed 63 lives, caused injury to approximately 1,200 people, and resulted in millions of dollars in property damage. What's more, in 1970, the NTSB began recommending the implementation of technology that could've prevented all of those accidents: a system known as Positive Train Control (PTC). As of today, that technology is still not in use.

According to the Association of American Railroads, PTC "describes technology designed to automatically stop or slow a train before certain accidents occur. In particular, PTC is designed to prevent train-to-train collisions, derailments caused by excessive speed, unauthorized incursions by trains onto sections of track where repairs are being made and movement of a train through a track switch left in the wrong position." In 2008, Congress passed a law requiring that PTC systems be implemented by December 31, 2015. However, in recent weeks, media outlets have reported that "only a handful" of U.S. railroads will meet that deadline - in fact, the railroad industry claims that "they face logistical and technological hurdles" and need more time to implement the systems, even though billions of dollars have already been spent on PTC. Now, a new bill has been introduced that seeks to extend the deadline for at least another five years.

Officials from the Association for American Railroads claim that the industry isn't trying to avoid the mandate, but other advocacy groups have criticized the industry for its failure to adopt PTC technology in a timely fashion. "When they are pushing for a five-year extension with no changes you have to wonder if they aren't hoping that some deregulatory White House will come along before then and just lift the burden," Ross Capon, president and CEO of the National Association of Railroad Passengers, told MSN News.

PTC technology is designed to prevent accidents like the following:

• September 2008: A freight train and a Metrolink commuter train collided head-on near Los Angeles, California, resulting in 25 deaths and more than 100 injuries. In that accident, the engineer of the Metrolink train was reportedly distracted by text messages on his cell phone.

• July 2013: Dozens of people were injured and 79 were killed when a train traveling twice the speed limit derailed in Spain.