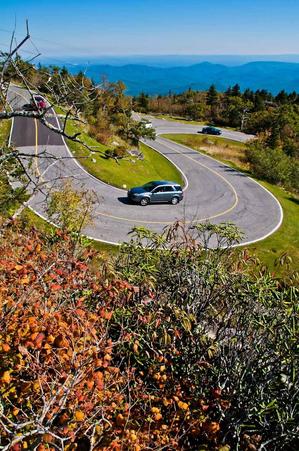 According to a recent report from the Kansas City Star, Missouri car accident deaths increased by 4% in 2012, following a six year downward trend. Captain Tim Hull of the Missouri Highway Patrol told the Star that troopers have noted "a jump in crashes caused by drivers whose right-side tires drifted off the pavement...Those drivers then either continued off the road and crashed or overcorrected and ended up in another lane of traffic, or even in opposing traffic." Indeed, as our personal injury lawyers know, overcorrecting can be a dangerous mistake, often leading to run-off-road (ROR) crashes and serious, life-threatening injuries.

It's a particularly common scenario - one that can be extremely frightening, even for an experienced driver: you suddenly realize that your right tires have drifted off the roadway. Panicking, you impulsively yank your steering wheel to the left. While this response is instinctive, it can also make matters much worse. Often, overcorrecting causes a driver to run off the other side of the road, drive into oncoming traffic head-on, or roll the vehicle over. SUVs are especially prone to rollovers in accidents involving driver overcorrection.

Overcorrection accidents tend to happen when a driver loses control of his or her vehicle, if only momentarily. This may happen for several different reasons, including:

• Distractedness. Distractions (i.e., using a cell phone; fiddling with the radio; talking to passengers; eating or drinking, etc.) keep drivers from devoting their complete attention to the road ahead. And it only takes a moment for a vehicle to drift out of its lane or off the road.

• Fatigue. When a fatigued driver nods off only to awake to the sound of his or her tires on rumble strips, overcorrection is a common response.

• Impairment. Drivers who are under the influence of alcohol or drugs are considerably more likely to veer in and out of their lanes. They are also less able to assess dangerous situations and respond to them quickly and safely.

• Traveling too fast for conditions. For example, speeding along a sharp curve can cause you to drift off the road, which frequently leads to overcorrection.

Avoiding overcorrection: What to do if you run off the road

If you find that your vehicle's right wheels have drifted off the side of the road, stay calm and resist the instinct to jerk the steering wheel to the left. Instead, reduce your speed gradually by taking your foot off the accelerator - don't slam on the brakes. Once you've slowed down, gently steer your vehicle back onto the pavement when it is safe to do so.