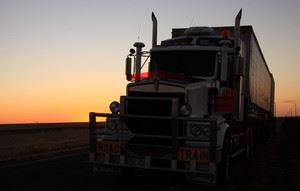 A South Carolina truck driver is facing a vehicular homicide charge and a civil lawsuit following a rear-end accident that killed a four year-old girl. WMBF TV reports that a warrant was issued for Vincente Virola Rodriguez, the semi-truck driver, after the South Carolina Highway Patrol determined that speed and cell phone use contributed to the fatal accident.

It happened on Highway 501 on March 31, 2012. Authorities say four year-old Jada Bennett was a passenger in her family's SUV when the vehicle was rear-ended by a tractor trailer and shoved into the minivan in front of it. According to investigators, both the minivan and the SUV had slowed in congested traffic when the collision occurred.

Jada Bennett died of a head injury she sustained in the crash. She was properly restrained in a child safety seat. At least four others - including Rodriguez - were injured in the incident.

In the months that followed, investigators utilized forensic mapping, audio and video footage and photography to analyze the events leading up to the accident. They determined that there were no mechanical issues with any of the vehicles involved. At the moment of impact, the van and the SUV were traveling at approximately 40 miles per hour, while the truck was going about 50. The speed limit on Highway 501 is 55 miles per hour, but investigators determined that speed was too fast, given traffic conditions on the busy highway.

In addition, cell phone records indicate that Rodriguez was on his cell phone immediately prior to and during the accident.

The Bennett family has also filed a wrongful death lawsuit against Rodriguez and his employer, Hartt Transportation. The family is seeking actual damages, punitive damages and legal fees. A hearing date has not yet been set, but it will likely be next summer before the lawsuit goes to trial.

According to the Federal Motor Carrier Safety Administration (FCMSA), approximately 400,000 semi-trucks are involved in auto accidents every year. Of those accidents, about 18% are rear end collisions. Of rear end crashes where the truck was the striking vehicle, 18% involved at least three other vehicles in addition to the semi. In fact, FCMSA officials report that the "difference is even greater in fatal rear-end crashes. Almost 46 percent of fatal rear-end truck-striking crashes involved three or more vehicles, while only 16 percent of fatal truck-struck rear-end crashes involved three or more vehicles."

The truck accident lawyers at Aaron Sachs & Associates, P.C. represent the victims of Missouri trucking accidents. If you've been injured in a collision with a semi-truck, we may be able to assist you. We work on a contingent-fee basis, and we offer a free initial consultation to discuss your case and answer your questions. To schedule an appointment, please call us toll-free at 1-888-777-AUTO, or visit our website. Offices in Springfield, Joplin, Columbia, Cape Girardeau and Kansas City.
Attorney meetings by appointment only
Categories