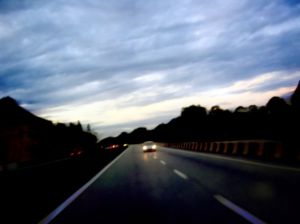 A New Jersey man has pleaded guilty to reckless driving over a year after he caused a distracted driving accident that killed a pregnant woman and her unborn child. According to the Washington Township Times, 22 year-old Daniel Pereira entered the plea in municipal court, where his case was sent when county prosecutors decided they did not have a criminal case against him.

On June 1, 2011, Pereira was behind the wheel, allegedly distracted by looking at the GPS system on his phone, when his vehicle drifted across the center line into oncoming traffic. One car was able to swerve out of the way, but Pereira hit the next vehicle head on. The driver, 28 year-old Toni Donato-Bolis, was killed in the crash, along with her unborn son, Ryan. Her due date was only two days after the accident: she was driving home from her last doctor's appointment when Pereira drifted into her path.

Following an investigation of the crash, prosecutors found themselves unable to indict Pereira on criminal charges, and so they were forced to pursue his case in municipal court. In exchange for his plea, Pereira will lose his license for a year and pay a fine of $257. Over the next three years, he is also required to attend three anti-distracted driving presentations given by Donato-Bolis's sister, Angela Donato, who became active in spreading awareness about distracted driving after the crash. She visits local school's to tell Toni's story, and she testified about the accident in front of the New Jersey legislature earlier this year.

In fact, Angela Donato and her family worked tirelessly to support the Kulesh, Kubert and Bolis Bill, which was signed into law in July of this year. Under the new law, prosecutors can charge distracted drivers with vehicular assault or homicide when they cause accidents that result in serious injuries or fatalities. Had the law been in place in June 2011, Pereira would have faced much more severe consequences. "Now I can say [Toni] didn't die in vain," said Angela Donato. "Her name is honored, her memory is honored."

According to the National Highway Traffic Safety Administration, 39 states, Washington D.C. and Guam have laws that prohibit all drivers from texting when they're behind the wheel. In addition, 10 states, D.C. and the Virgin Islands ban all cell phone use in all drivers. Missouri remains one of the only states that have yet to pass a texting ban: our state's only distracted driving law prohibits texting in drivers age 21 and younger.

Numerous studies have demonstrated the dangers of using electronic devices while driving. According to research from Monash University, drivers who use hand-held devices are four times more likely to be involved in accidents that cause injuries. And a 2011 Harris Poll found that 60% of drivers use cell phones in some manner when they're on the road. Safety advocates stress that awareness - especially among young people - is the only way to stop these accidents.

"You can be the word, you can be the person to say 'Let me text for you,' or 'I'll change the radio station,'" Angela Donato told Washington Township High School students during one of her presentations. "You have to spread the word."

The car crash lawyers at Aaron Sachs & Associates, P.C. represent injury victims in Columbia, Missouri and throughout the surrounding areas, including Jefferson City, Centralia, Ashland, Kirksville, Mexico, Fulton, Holts Summit, Boonville and Moberly. We work on a contingent-fee basis, and we offer a free initial consultation to discuss your case and answer your questions. If you'd like to schedule an appointment, please call us toll-free at 1-888-777-AUTO, or visit our website.
Attorney meetings by appointment only
Categories