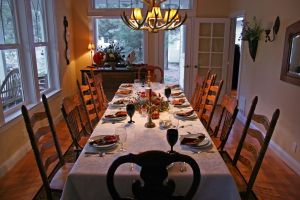 Thanksgiving is just around the corner, and many Missouri drivers are likely planning to travel to visit family and friends over the holiday. While Thanksgiving is a time for celebrating and giving thanks with loved ones, it can also be a dangerous time to hit the road. According to AAA, drivers should anticipate increased roadway traffic during the Thanksgiving holiday travel period, which spans from Wednesday, November 21 to Sunday, November 25. This increase in traffic means that drivers are at a higher risk of being involved in auto accidents during the upcoming holiday.

Below, we've shared some information about what drivers can expect during Thanksgiving travel - and we've also included a few tips to help keep you and your family safe on the road.

• Approximately 43.6 million Americans are expected to drive at least 50 miles from home during this year's Thanksgiving holiday. That's an increase of 0.7% compared to 2011 - but it's also 26% lower than the number of Americans who traveled by car in 2005, when holiday travel peaked, and 14% lower than 2007.

• Because of the recent drop in gas prices, traveling by car will likely cost less than many drivers had expected. Missouri and Kansas have recently experienced some of the biggest drops in the U.S., with prices declining more than 60 cents per gallon in the last few months. AAA expects the national average to be around $3.32 per gallon on Thanksgiving Day: by comparison, average gas prices are expected in be close to $3.04 in Kansas City, reports the Kansas City Star.

• Be prepared. Make sure your vehicle is properly serviced and fueled up before you hit the road. Doing so could save you time - and stress - as you travel. Also, it's a good idea to pack an emergency kit with a few essential items (blankets, flashlights, water, etc.), just in case.

• Allow plenty of extra time. With increased traffic on the road, don't be surprised if you encounter delays. Trying to rush through congested traffic can create ideal conditions for a crash, so you'll want to give yourself enough time to go slow and be patient.