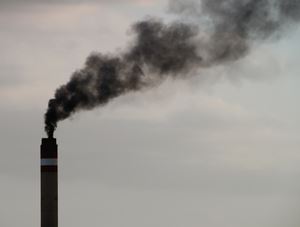 The number of coal workers who suffer from black lung disease is on the rise, with diagnoses doubling in the last decade, according to a joint investigation conducted by NPR and the Center for Public Integrity (CPI).

Formally known as coal workers' pneumoconiosis, black lung disease is caused by inhaling coal dust. With prolonged exposure to the dust, a worker's lungs will actually shrivel, harden and turn black. Federal lawmakers attempted to combat the problem over 40 years ago: in 1969, Congress passed a law requiring that dust be controlled, setting strict limits on exposure, and developing an enforcement system to hold mining companies accountable for workplace conditions. In the years after the law was passed, black lung disease rates dropped dramatically, but recent data indicates that black lung is becoming a problem once again. Researchers from the National Institute for Occupational Safety and Health (NIOSH) reviewed recent medical data, and their conclusions were nothing short of alarming:

• Between the 1980s and the 2000s, cases of the disease's most severe form have tripled, nearly reaching disease rates in the 1970s.

• Since 1970, black lung has contributed to the deaths of over 70,000 coal miners, with workers' compensation payments in excess of $45 billion.

"This is clearly a public health epidemic," said Scott Laney, NIOSH epidemiologist. "This is a rare disease that should not be occurring."

This resurgence of black lung disease isn't news to safety advocates. In 1995, NIOSH recommended that dust limits be cut in half, and the secretary of labor created a committee to address the problem of black lung. The committee suggested a number of reform measures, sharply criticizing the existing standards: "The committee believes that the credibility of the current system of mine operator sampling to monitor compliance with exposure limits has been severely compromised," their report said. "One of [the] highest priorities should be to take full responsibility for all compliance sampling." In response to these concerns, the Mine Safety and Health Administration (MSHA) developed a new guideline, but the rule died before it became final.