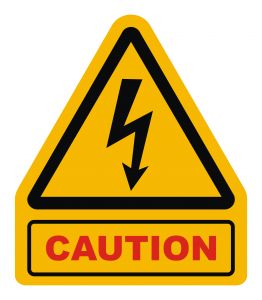 Businesses have a legal obligation to provide a safe working environment for their employees. When workplace conditions cause workers to suffer serious injuries while in the course of their duties, the employer is liable for certain costs associated with those injuries - and the business may also be subject to citations and fines from federal authorities who create standards for workplace safety.

Recently, the Occupational Safety and Health Administration (OSHA) announced that it was proposing over $50,000 in fines for a St. Louis business after an employee was fatally injured last May. According to OSHA officials, the fines are connected to safety violations that were discovered when the Administration investigated the death of 55 year-old Mach Nguyen, who was employed by St. Louis Cold Drawn Inc. The St. Louis Post-Dispatch reports that Nguyen was electrocuted when he reached into an energized electrical panel box, attempting to grab his work gloves. He was taken to a local hospital by ambulance, where he was later pronounced dead.

Following Nguyen's death, OSHA launched an investigation into St. Louis Cold Drawn, a steel bar manufacturing facility that employs about 90 workers. They found a number of safety violations that increased safety risks for the company's employees. Overall, the business was cited for 19 serious violations, many of which were connected to electrical issues, including exposing employees to live electricity and failing to train employees about safe practices and lookout procedures when they may be exposed to electric shock. "Allowing workers to be exposed to live electricity without enforcing electrical safe work practices is inexcusable," said Bill McDonald, area director for OSHA in St. Louis, in an official news release. "Employers, such as St. Louis Cold Drawn, have a responsibility to train workers in safe electrical work practices, such as recognizing unsafe conditions when exposed to hazards."

In addition to the serious violations, OSHA investigators also cited the company for seven "other-than-serious violations," which include failing to keep appropriate records of employees' illnesses and injuries and failing to keep a list of the hazardous chemicals used in the course of business. St. Louis Cold Drawn has 15 days to address and rectify the violations, request a conference with OSHA area director Thompson, or contest the safety violations and their penalties. In 2002, the company was cited by OSHA for seven safety violations at its St. Louis facility.