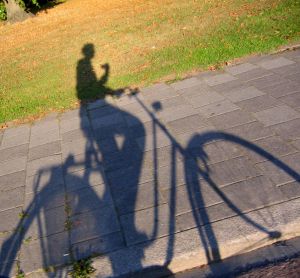 Last Wednesday, a bicyclist suffered fatal injuries when he was struck by a double-decker bus near London's Olympic Park. According to The Guardian, 28 year-old Daniel Harris was pronounced dead about half an hour after the crash. No one was injured on board the official games bus, which was transporting journalists between event venues.

The 65 year-old bus driver was arrested at the scene on suspicion of causing death by dangerous driving. His name has not been released. The Metropolitan Police's Traffic Investigation Unit continues to investigate the incident, but few details about the accident have been made public.

Harris' death prompted a response from the renowned British cyclist Bradley Wiggins, who had won a gold medal earlier on Wednesday. Wiggins expressed concerns about the dangers facing bicyclists on London's busy streets, and called for cooperation between cyclists and drivers. "At the end of the day, we've all got to co-exist on the road," he told the Associated Press. "So there's got to be a bit of give and take." Wiggins also emphasized the importance of helmet use, stressing that it can mean the difference between life and death.

Most bicyclists ride for exercise or leisure, but about five percent of the biking population relies solely on the bicycle for daily transportation. According to the National Highway Traffic Safety Administration, 716 cyclists have been killed in collisions with passenger vehicles since 2008: annually, cyclists account for about two percent of all traffic fatalities. The vast majority of such collisions can be prevented, but drivers and cyclists must work together to share the road safely.

Missouri State Statute 307.188 says that "Every person riding a bicycle or motorized bicycle upon a street or highway shall be granted all of the rights and shall be subject to all of the duties applicable to the driver of a vehicle." In other words, cyclists are entitled to the same basic rights as other kinds of motorists. Drivers must act accordingly, treating bicycles with the same regard as any other vehicle.

In return for these considerations, cyclists are expected to do their part to promote safe travel: they are required to follow traffic laws, just like other drivers. In addition, cyclists can be proactive by taking steps to safeguard themselves. For example, wearing a properly fitted helmet is the most effective way to protect the head, and can help prevent serious brain injuries. And since cyclists tend to be less visible than other motorists, safety advocates recommend wearing bright or fluorescent clothing when riding. In the evening, cyclists can also use reflectors and other flashing lights to make themselves easier to see.


At Aaron Sachs & Associates, P.C., our personal injury lawyers represent accident victims in Joplin and throughout the surrounding areas, including Webb City, Carthage, Carl Junction, Lamar, Pierce City, Neosho and Nevada. To schedule an appointment for a free initial consultation, call our office toll-free at 1-888-777-AUTO, or contact us online.
Attorney meetings by appointment only
Categories