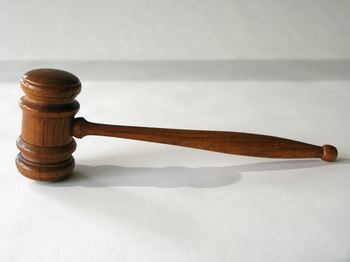 On April 18, U.S. District Court Judge Nanette Laughrey granted a motion dismissing a lawsuit filed by 4 Missourians: injured workers who are owed awards from the state's failing Second Injury Fund (SIF). Originally, the SIF was created to provide benefits to employees with pre-existing conditions who are re-injured in the workplace. At present, it has 27,000 claims pending, while an additional 700 new claims are being filed every month. The problem? The fund is nearly bankrupt, and claimants are not being paid.

The SIF is subsidized by a surcharge imposed on employers' workers' compensation insurance premiums. Between 1943 and 1984, the SIF paid approximately $40 million in benefits to injured Missouri workers, according to the Columbia Missourian. However, in the 1980s, the Fund began to struggle with an increasing number of claims, and in 2005, a bill capped the surcharge at 3%. Since that time, workers' comp insurance premiums have dropped, but the cap only made a big problem even bigger, decreasing the already limited funds available. Audits performed in 2007 and 2010 offered stringent warnings, clearly indicating that the fund would go bankrupt within a few years if no action was taken.

Consequently, the Fund has presented a major problem for Missouri in recent years. In March 2011, Attorney General Chris Koster announced that the SIF would no longer pay out for new claims, effectively denying 200 injured workers approximately $15 million in funds - which brings us back to the aforementioned lawsuit. The action was filed on behalf of 4 of those injured workers who have not received their SIF awards: the plaintiffs argued that "the denial to pay violated the federal Americans with Disabilities Act, as well as their employment contracts with former employers, right to due process and other laws," reports the Kansas City Business Journal.

Judge Laughrey, however, disagreed. In her ruling [Pettet v. May, No. 2:11-CV-04049-NKL (USDC W.D.Mo)], she granted the defendants' motion to dismiss the case, and denied the remaining motions as moot. Importantly, she found that the plaintiffs were not denied benefits because they were disabled, but because of the SIF's financial crisis: therefore, there was no violation of the Americans with Disabilities Act.