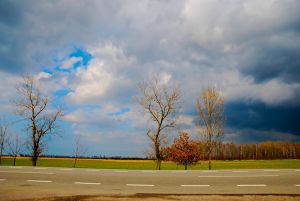 300 Missourians were killed by drunk drivers in 2009, according to The Century Council. Often, the casualties of alcohol related crashes don't include the impaired drivers themselves, but rather the innocent motorists who happen to be traveling near them. A recent crash in Miami-Dade County, Florida demonstrated this cruel truth, leaving a 13 year-old dead and her family stunned by the loss.

The accident happened on Friday, April 13 shortly after 5:00 a.m., reports the Miami Herald. Kirk Camacho was driving his daughters Bree Ann and Kaely to their mother's house: 16 year-old Bree Ann was riding up front, and 13 year-old Kaely was sitting in the back seat, fast asleep. Their van was struck by a Range Rover that was illegally traveling in bus lanes running parallel to the roadway: it was later determined that the SUV was traveling over 100 miles per hour. It smashed into the side of the van, ripping it in half: Pieces of the van's wreckage were later discovered nearly 100 feet from the rest of the vehicle.

With the help of witnesses, Kirk Camacho extracted his daughters from the wreckage. Bree Ann suffered burns and abrasions along with an injury to her ankle, and Kirk sustained bruised ribs and cuts. However, because she was riding in the back seat, Kaely's injuries were much more serious. Paramedics responded and Kaely was airlifted to a local hospital, but she died around 8:00 a.m.

Meanwhile, the SUV smashed into a tree and spun several times, coming to rest about 400 feet away from the point of impact. The driver (38 year-old Sandor Guillen) jumped out of the vehicle and staggered away from the scene on foot. When police located him, they found him badly injured: he reportedly sustained a punctured liver, a collapsed lung and 7 broken ribs. He is now facing several serious charges, including DUI manslaughter, vehicular homicide, and leaving the scene of a crash involving a death, along with other offenses.

A Miami-Dade judge originally set Guillen's bond at $1 million. In the days following the accident, Bree Ann Camacho posted a YouTube video to Facebook: in the clip, Bree Ann described the events surrounding her sister's death and asked for community support at Guillen's bond court hearing, where the court would hear a request to reduce his bond. "[We're] all going to walk in together, so the media can see how many people this has affected," Bree Ann says in the video. "Even if you don't know me or my family or my sister, like, we can save lives. This isn't supposed to happen. We need to stop drunk driving."

Several supporters did appear at Guillen's hearing, which took place today. The judge chose to lower the bond to $205,000, which is still considerably higher than the standard amount for the charges ($45,000). If Guillen can raise bond, he will only be allowed to leave home for work and meetings with his attorney. He will also be required to wear a GPS tracking device.

• 1.4 million= the number of drivers arrested for driving under the influence of alcohol or narcotics in 2009.

• 147 million= the number of self-reported episodes of drunk driving every year.

• 30= the approximate number of people who die in drunk driving accidents every day.