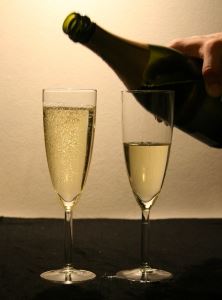 Drinking and driving continues to be a significant cause of car accidents right here in Cape Girardeau and throughout Missouri. It's dangerous to drink any amount of alcohol before getting behind the wheel, but safety experts say "hard core drinking drivers" pose a significant threat to motorists nationwide. In this post, our car accident lawyers discuss habitual drinking drivers and their impact on roadway safety.

The National Transportation Safety Board (NTSB) defines a hard core drinking driver as someone who has a blood alcohol concentration (BAC) level of 0.15 percent or greater; or someone who is a repeat offender with one or more drunk driving arrests or convictions in the past ten years. According to the NTSB, these hard core drinking drivers are involved in more than 70 percent of the alcohol impaired car accident fatalities.

Drinking and driving: The facts

Furthermore, the Missouri Highway Patrol reports there are strong indicators that drinking and driving is under-reported. Alcohol indicators are not always obvious in serious accident situations, and sometimes injuries cause the same symptoms as alcohol intoxication. Sometimes there isn't enough evidence of an alcohol infraction to arrest someone. Ultimately, it's likely the numbers listed above are low and do not indicate the full impact of the problem.

The Highway Patrol, along with local law enforcement agencies, regularly conduct alcohol sobriety check points throughout the year, and they often conduct special enforcement projects during holiday traveling periods. This year is no exception.

With the holiday season upon us, it's imperative that drivers take special care not to put themselves and other motorists in jeopardy. If your holiday plans include alcohol, make plans in advance: arrange for a designated driver, call a cab, or stay where you are. Someone's Merry Christmas just might depend on it.