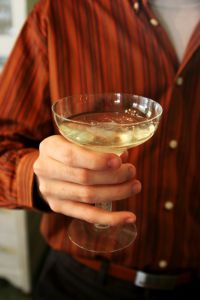 The holiday season is here, bringing it with it the promise of celebrations with friends and loved ones. If your holiday plans include alcohol - even in small amounts - we want to urge you to take precautions to help keep Missouri roadways safe. In this post, our Joplin car accident lawyers discuss a few little-known facts about drinking and driving.

Common questions about alcohol and its effect on the human brain:

Q: How many drinks does it take for a person to become impaired?
A: It depends on the person. Your blood alcohol content - and the rate at which it rises - can be affected by several different factors, including rate of consumption, weight, amount of fat tissue, and stomach contents. Also, gender can play a role, since men and women process alcohol differently. Suffice to say, under certain circumstances, an individual can become severely impaired after having just a few drinks.

Q: Is it better to drink beer or wine as opposed to hard liquor?
A: The amount of alcohol you consume determines how impaired you are, not the type of drink you're having. A 12 ounce beer, a 4 ounce glass of wine, and 1.25 ounces of hard liquor have approximately the same alcohol content.

Q: How long does it take to sober up?
A: On average, a person will metabolize alcohol at the rate of about one drink every hour after he or she has stopped consuming alcohol. Contrary to popular belief, the only way to get sober is to wait: eating, showering, or drinking coffee will not help you get sober any faster.

Here's the bottom line when it comes to driving under the influence in Missouri (courtesy of the Missouri Coalition for Roadway Safety):

Again, if your holiday plans involve alcohol, we urge you to plan a safe way home before you get started celebrating - designate a sober driver or arrange a taxi. And if you see a loved one is planning to drive after drinking, do everything in your power to keep them from getting behind the wheel. Someone's life just might depend on it.