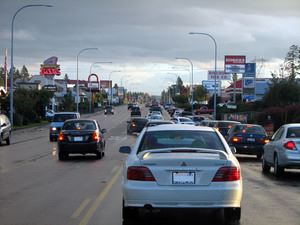 As Joplin personal injury lawyers, we know that lane departure accidents - which are most often caused by driver error - can have catastrophic consequences. Sometimes these accidents happen when drivers (for whatever the reason) enter divided highways while traveling the wrong way. Sometimes a driver swerves out of his or her lane to avoid a roadway obstacle, only to cause a crash. Sometimes a driver falls asleep at the wheel, or chooses to drive while under the influence of alcohol or drugs. And sometimes the lane departure is just a momentary lapse - a short loss of focus (perhaps caused by a glance down at a cell phone) that causes a driver to veer into oncoming traffic. Whatever the cause, lane departure accidents can lead to extremely dangerous accidents, like head-on collisions and rollovers - which commonly result in serious injuries and fatalities.

What can drivers do?

Again, lane departure accidents usually happen because of driver error, meaning they are 100% preventable. Sadly, the innocent victims of these crashes are rendered powerless: often, there's nothing you can do when an oncoming vehicle is bearing down on you, except brace for impact.

For this reason, several automakers are developing lane departure warning systems, which are designed to alert drivers when they veer in and out of their lanes. In fact, according to U.S. News and World Report, vehicle-to-vehicle communication technology (V2V) - which allows vehicles to "[predict] imminent danger and [warn] you before a crash" - could be available within the next few years. The National Highway Traffic Safety Administration reports that V2V has the potential to prevent up to 80 percent of collisions. Automakers have been working to perfect V2V technology for more than a decade, but thanks to a recent pilot program, the technology could be available to drivers in the near future.

"Conducted jointly by the University of Michigan and the National Highway Traffic Safety Administration, the pilot put nearly 3,000 V2V-equipped cars on the roads of Ann Arbor, Michigan. The technology allowed the cars to broadcast their GPS position, speed and other data to nearby vehicles. Cars then used the information to communicate with one another and avoid crashes and accidents. 'It provides consumers with what I like to call 360-degree coverage,'" said Debra Bezzina, senior project manager for the University of Michigan Transportation Research Institute.

With hope, V2V technology will soon become commonplace and work to prevent lane departure accidents before they even have a chance to occur. In the meantime, we strongly urge all drivers to stay focused on driving - and only driving - when you're behind the wheel. It only takes a moment to drift out of your lane, but the outcome can affect you permanently.

At Aaron Sachs & Associates, P.C., our personal injury lawyers represent car accident victims in Joplin, Missouri and the surrounding areas, including Carthage, Webb City, Sarcoxie, Carl Junction, Pierce City, Mount Vernon, Verona, Lamar, Neosho and Nevada. If you or a loved one has suffered injury in a crash caused by a careless or negligent driver, please contact our office to find out if we can help. Our firm works on a contingent-fee basis, and we offer a free initial consultation to discuss your case and answer your questions. For more information about our firm and the services we provide, call us toll-free at 1-888-777-AUTO.
Attorney meetings by appointment only
Categories