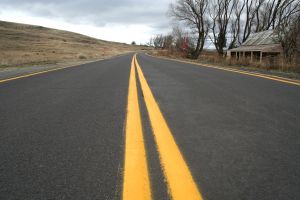 It's no secret that car accidents can have unspeakably tragic consequences. Most crashes are 100% preventable: they happen as the result of a driver error, carelessness, or both. However, the Missouri Highway Patrol believes that a recent hit and run collision was anything but an accident, and today, they filed second-degree murder charges against a Polk County man.

The incident happened on Sunday evening near Eudora. Earlier in the day, 28 year-old Tommy Ray Bryant and his cousin Shannon Shaffer Sr. were involved in a physical fight during family gathering at Lake Stockton. According to witnesses, both men had been drinking. Hours later, Bryant and Shaffer fought again at a residence on Route W, west of Highway 123. This time, the altercation also involved Shaffer's son, and his girlfriend was also present. According to the probable cause statement from law enforcement officials, a neighbor heard the fight and attempted to break it up. He led Bryant away from the driveway and down the street on foot.

As they walked away, investigators allege, Shaffer got into his truck, pulled out of his driveway, and drove directly at the 2 men. The neighbor was able to get out of the way, but the vehicle struck Bryant, who dove into the grass. The vehicle drug Bryant approximately 50 yards while continuing to accelerate, and then it sped away. Bryant was killed.

Police continue to search for Shaffer, who has not yet been arrested. After he is taken into custody, he will be held on $250,000 bond.