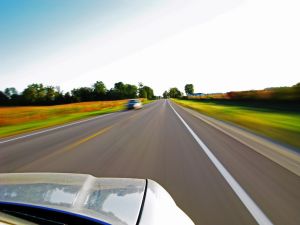 Wichita doctor Mohammad Sarrafizadeh appeared in court last Friday and pleaded no contest to 1 count of involuntary vehicular homicide. The charge was connected to a June 2011 hit and run car accident that killed 31 year-old Ramon Martinez-Limon, a pedestrian working near a roadway.

On the morning of the collision, 67 year-old Sarrafizadeh was driving his 22 year-old daughter (who is severely disabled) to her special needs school. At around 7:15 a.m., he struck Martinez-Limon, who was cutting grass in an easement near the entrance to a Hawker Beechcraft plant. According to Kansas police, the impact caused Martinez-Limon to be thrown onto the roof of the van. Sarrafizadeh proceeded to drive home and park in his garage. Multiple witnesses tried to stop him, and several also called 911 to report seeing the victim on the roof of the van: a few even followed him home.

According to his attorney, Dan Monnat, the collision happened because Sarrafizadeh suffered a serious stroke, and he was simply unaware that it occurred. In court, Monmat said that doctors "have regarded the evidence and the testing as sufficient to conclude that he had a stroke at the time of the accident and his condition continues to deteriorate," reports the Kansas City Star.

Prosecutors disputed that claim: they argued that there was no scientific evidence and maintained that Sarrafizadeh's behavior was inconsistent with someone who had suffered a stroke. They pointed out that he was cognizant enough to drive home and park in his garage. Further, they said, Sarrafizadeh made a statement to police after the accident, wherein he reported seeing Martinez-Limon 50 to 100 feet away before hitting him. Sarrafizadeh also said he remembered seeing the victim strike his windshield. (Sarrafizadeh did have a serious stroke in the months following the accident, according to chief deputy attorney Aaron Breitenbach.)

In response to the no contest plea, the judge suspended Sarrafizadeh's sentence and placed him on probation for 1 year. Another charge - failure to stop at an accident resulting in death - was dismissed.

Monmat released a statement offering apologies and condolences to Martinez-Limon's friends and family. He also thanked the district attorney for being amenable to a plea agreement. "As a result of the stroke, Dr. Sarrafizadeh suffered at the time of the accident, his condition continues to deteriorate," the statement said. "He can no longer practice medicine. He does not drive. He continues treatment with his doctors. He is simply not up to further litigation."

According to the AAA Foundation for Traffic Safety, 11% of all traffic accidents nationwide involve a hit and run driver. About 6 out of 10 of fatally injured accident victims are pedestrians.