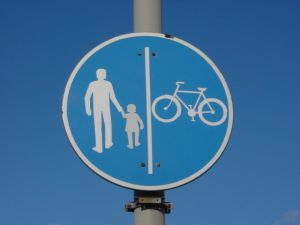 As Kansas City personal injury lawyers, we know that being involved in a serious car accident can be an extremely traumatic experience. But when the driver who causes the crash leaves the scene, the ordeal can be all the more overwhelming.

In recent weeks, there have been numerous hit and run accidents involving pedestrians throughout Missouri. Since school is out and the weather is warming up, drivers should expect to see more pedestrians - particularly children - outside taking advantage of the sunshine. Residential neighborhoods are seeing more foot traffic, which means it's imperative for motorists to obey speed limits in residential areas and to be aware of people near and around the roads. When a pedestrian accident occurs, motorists have an obligation to stay at the scene of the accident, or else the collision is considered a hit and run.

Recently, two serious hit and run pedestrian accidents occurred in the St. Louis area. On June 16, a two year-old boy was pronounced dead after he was struck by a hit and run driver in St. Louis County. According to the St. Louis Post-Dispatch, Darion Griffin was playing in his grandmother's front yard when he attempted to cross the street to play with a relative and was hit by an SUV. The boy's 17 year-old aunt was also struck as she tried to pull Darion out of the vehicle's way. Both were rushed to the hospital, where Darion was pronounced dead and his aunt was treated for minor injuries. The driver of the SUV, who was reportedly speeding and driving without a valid license, turned himself in within a few days of the incident. He has been charged with leaving the scene of an accident and is being held on $50,000 bail.

A similar accident occurred in St. Louis only a week earlier. The Post-Dispatch reports that a pregnant woman and a six year-old boy were injured in a residential neighborhood on June 10 when they were hit by a driver who fled the scene. Both victims were taken to hospitals, where the 23 year-old woman was treated for internal injuries and the boy was treated for a broken leg and internal injuries. Both are listed in serious but stable condition, and the woman's unborn child was reportedly unharmed. Investigators subsequently located the vehicle involved and arrested the driver, 34 year-old Menkara Rahman, for leaving the scene of an accident. Rahman is being held on a $35,000 cash-only bail.

Many traffic safety programs are designed to help improve neighborhood livability, reduce traffic through neighborhoods, and promote a safe environment for bicyclists, pedestrians, and transit riders on residential streets. Engineering research and traffic observation by National Traffic Safety Programs (NTSP) work to reduce neighborhood traffic and accidents. However, residential traffic will always be present, so it is important that motorists do their part by staying alert and aware of pedestrians at all times. In truth, pedestrian accidents are very preventable, provided drivers use extra caution, particularly in residential areas.

At Aaron Sachs & Associates, P.C., our pedestrian accident lawyers represent crash victims in Kansas City and throughout Jackson County. Our firm works on a contingent-fee basis, and we offer a free initial consultation to discuss your case. Contact us today to find out if we can help you: call us toll-free at 1-855-695-1426, or visit our website.
Attorney meetings by appointment only
Categories