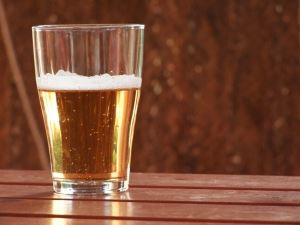 The average drunk driver get behind the wheel an average of 80 times before their first arrest, according to Mothers Against Drunk Driving (MADD). It appears that an Iowa woman's luck recently ran out: she was arrested for driving drunk after her teen daughter - and her passenger - called the police. And then, just over four weeks later, she was arrested again.

On the evening of March 15 at about 8:10 p.m., a 911 dispatcher in Oxford, Iowa took a call from a frightened young woman. The teen was calling from a vehicle to report her mother for drunk driving.

On the recording of the call, the mother, 47 year-old Lori Ann Becicka, can be heard in the background, asking her daughter who she's calling. "Umm, I was talking to 911 because Dad said to call them," the girl responds. She repeatedly tells her mother to stop. The dispatcher tries to keep her calm: "You can leave the line open, hon, if you don't want to talk on the phone. If you want to act like you're hanging up, you can just leave it open and I can follow you," the dispatcher says.

Listen to the 911 recording.

Eventually, a sheriff's deputy located the vehicle. Becicka pulled into a trucking company's parking lot and immediately got out of the car, according to the official criminal complaint. The deputy noted that her eyes were watery and bloodshot, her speech was slurred, her balance was poor, and she smelled strongly of alcohol. She failed a field sobriety test, and her blood alcohol content (BAC) was 0.235%, nearly 3 times the legal limit.

At the scene, Becicka's daughter told the deputy that her mother had also been consuming alcohol while driving, and several open containers were found in the vehicle. Becicka was arrested for drunk driving and endangering the welfare of child.