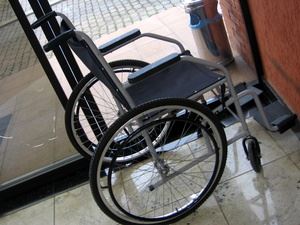 Recently, Governor Jay Nixon signed new legislation that works to help fund Missouri's financially struggling Second Injury Fund (SIF). The SIF is designed to cover employees who have pre-existing injuries or disabilities and suffer from additional work-related injuries. It is funded by a surcharge on employers' workers' compensation premiums, which was capped at three percent in 2005. Currently, the SIF owes more than $32 million in initial payments and has an account balance of $9.3 million, and lawmakers say the 2005 cap on the surcharge has contributed to the SIF's insolvency. The new legislation raises the surcharge percentage and increases revenue at a steady rate that can keep up with the fluctuating annual expenses of the program.

The new legislation (Senate Bill 1, sponsored by Sen. Scott Rupp, R-Wentzville) will temporarily raise businesses' SIF surcharge to six percent, starting January 1, 2014 and continuing through 2021. Governor Nixon says the higher surcharge will help increase revenue and allow the state to begin making several initial payments for claims. "I appreciate the bipartisan efforts of lawmakers and stakeholders to craft a fair solution to a difficult, complex and long running-problem," Nixon said in a statement. "Shoring up the Second Injury Fund will provide long-overdue certainty to businesses and security to injured workers."

Critics of the bill fear the three percent increase in surcharge will not be enough to cover all of the fund's expenses. Also, some have expressed concerns that the program will begin to disperse initial payments, but run out of funding too quickly to continue making payments in the long run.

Besides helping disabled workers, this legislation is also aims to help employers. The 2005 changes in workers' compensation law resulted in more court expenses for businesses, causing employers to rely more heavily on the court system instead of resolving claims through a more administrative process.. However, the new legislation redefines what work related injuries and diseases are covered under workers' compensation. The bill reduces court expenses by making it easier for employees to prove that an injury was work-related, which helps reduce legal costs for employers while still providing benefits to injured workers.