Nationwide, more than 7,000 bicyclists were killed in motor vehicle accidents between 2000 and 2009, meaning an average 600-800 cyclists die in the U.S. every single year. Meanwhile, hundreds of bicyclists sustain injuries caused by collisions with cars and other passenger vehicles.

Our Lee's Summit car accident lawyers understand that bicyclists will be hitting the streets in full force as the spring and summer months draw near. And, as cyclists know all too well, they have a high risk of suffering serious or fatal injuries in Missouri bicycle accidents this summer.

On May 16, 2012, the Ride of Silence will be held in the United States and across the world to honor cyclists who have been killed or injured while cycling on public roadways. This silent procession honors those who have suffered because of a motorist's negligence. Though many drivers don't know this, cyclists have the same legal rights as motorists on our roadways. Since motorists are often unaware of these rights, they're often unaware of bicyclists as well.

The Ride of Silence asks its cyclists to ride no faster than 12 mph and remain silent during the entire ride. No sponsors and no registration fees accompany this event. The ride is held during National Bike Month and aims to raise the awareness of motorists that bicyclists have a legal right to all public roads. In 2011, cyclists in all 50 states and the District of Columbia participated in this event.

In 2009, most bicyclist fatalities happened in urban areas at non-intersections, reports the National Highway Traffic Safety Administration (NHTSA). These numbers increased by 5% from 2008 to 2009.

Meanwhile, nearly 75% of bicyclist fatalities happened during the daytime hours between 4 a.m. and 8 p.m. The remaining 25% happened in the evening hours.

The average age of bicyclists that were killed in 2009 fatal accidents was 41. The age of those injured and killed has experienced a steady increase over the past 10 years. Middle-aged men are most at risk - a fact that can devastate a family financially.

Bicyclists under the age of 16 made up roughly 13% of all bicyclists that were killed in 2009. They also made 20% of all those injured in these traffic crashes the same year. Bicyclists between the ages of 25 and 64 currently make up 64% of all bicyclist deaths. In 2009, 2 Missouri cyclists were killed. 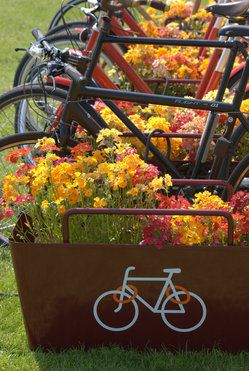 • Be both predictable and visible. Don't weave all over the road, and do your best to stay in your area.

• Use arm signals as your blinkers. Use these signals to communicate with motorists.

• Always ride with traffic. Riding against traffic makes you 5 to 20 times more likely to be involved in a traffic accident.

• Just like a car, check traffic before merging or turning.

• Always wear a helmet. A helmet is a lot like your seat belt as it could potentially save your life in an accident.

• Install both front and rear lights as they are both required under Missouri state law.

• Wear light colored or reflective clothing as it will allow motorists to see you more easily during the evening hours.

How to Not Get Hit by Cars: Important lessons in Bicycle Safety: BicycleSafe.com

If you are dealing with a bicycle accident with a car in Kansas City, Independence, Lee's Summit, or any of the surrounding areas in Missouri, call 1-888-777-AUTO to schedule a confidential consultation to discuss your rights.
Attorney meetings by appointment only
Categories