Speedy drivers are putting you at risk for a fatal car accident in Kansas City and elsewhere in Missouri. According to the most recent statistics from the National Highway Traffic Safety Administration, there were nearly 400 traffic accident fatalities that involved a speeding driver in 2009 in Missouri. 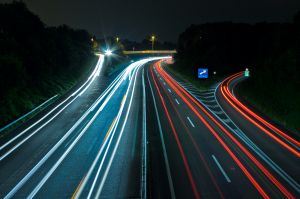 Our Missouri car accident attorneys understand that speeding is one of the most common factors that contribute to car accidents in the United States. These accidents are easily preventable with some regard for posted speed limit signs. These signs are not posted to slow you down or to make roadways more congested, but to keep motorists safe. Speeding accidents cost more than $40 billion in economic losses every single year. With all the risks and all the costs, drivers continue to exceed the speed limit. As a matter of fact, speeding is involved in more than 30 percent of all deadly traffic accidents.

Speeding-related traffic accidents took the lives of more than 10,500 people in 2009.

Men are more likely to put the pedal to the metal on our roadways. According to NHTSA statistics, the younger the driver the heavier the foot they have. Of the drivers between the ages of 15- and 20-years-old, males were involved in nearly 40 percent of the fatal speeding-related accidents. Approximately 37 percent of the drivers aged 21- to 24-years-old who were involved in fatal speeding-related traffic accidents were male.

Alcohol can influence a driver to speed. In 2009, more than 40 percent of drivers that were involved in these speedy accidents were legally drunk (having a blood alcohol concentration of 0.08 of higher).

-The statutory speed limit is 70 MPH on rural interstate and freeways.

-60 MPH on other roads, with the exception of State 2 lane "lettered" roads that are not located in an urban area.

-If a driver speeds though a construction or work zone, they will face an additional fine of $35.

-Driving at least 5 MPH over the speed limit is a driving infraction.

-Driving slower than the posted speed limit and not in the proper lane is a driving infraction.

-Exceeding the speed limit by 20 or more miles per hour is a Class B Misdemeanor.

-Violating a speed limit which results in a traffic accident is considered a Class A Misdemeanor.

-Drivers of trucks that weight more than 24,000 are not allowed to driver faster than 60 MPH, unless posted otherwise.

Aaron Sachs offers a free initial consultation. It may turn out that you do not need an attorney at all--but you have nothing to lose by calling us to find out. Call 1-888-777-AUTO (2886).