A 16-year-old driver was seriously injured after being involved in a traffic accident with a tractor-trailer recently in Morgan County on Highway 52 near Route C, according to Lake News Online.

The Missouri State Highway Patrol report that the teen was heading eastbound when he swerved his vehicle over the center lane and drove into a truck in the next lane. The teen driver was not wearing his seat belt at the time of the accident. The truck driver was not injured. 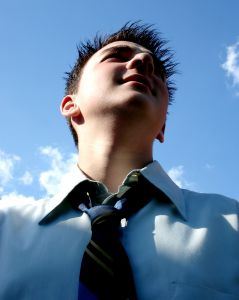 Our Kansas City car accident attorneys understand that teen drivers are extremely vulnerable to car accidents on our Missouri roadways. Their lack of driving experience oftentimes keeps them from understanding the workings and the dangers of traffic. With the help of parents, we can all do our part to reduce these risks and help keep our teen drivers safe behind the wheel.

Traffic accidents are the number one cause of death for young drivers aged 15- to 20-years-old on our roadways. There were more than 208 million licensed drivers on U.S. roadways in 2008.

Parents: The Anti-Drug offers these tips to parents who have a teen driver in their life. Speak with your young driver about these tips to help to keep them safe on our roadways:

-Agree on curfews. Teens are most likely to be involved in an accident during the evening and early morning hours.

-Ask your teen driver to call or text you once they've arrived at their destination and when they leave to head back home.

-Limit the number of passengers they can have in their vehicle at one time. Passengers are some of the greatest distractions to a teen driving and contribute to a great number of traffic accidents.

-Discuss the dangers of drinking and driving. Although they're not old enough to drink legally, that doesn't mean that they won't.

If you or your teen driver has been injured in a traffic accident you may need legal assistance to get the compensation you deserve. Call the Kansas City accident lawyers at Aaron Sachs & Associates, P.C. for a free initial consultation.