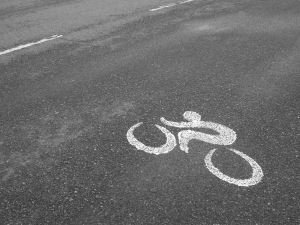 Earlier this year Kansas City, Missouri joined several other cities throughout the State to become part of the national Complete Streets policies set. Kansas City, Missouri City Council adopted the Livable Streets resolution to build on several existing plans and policies that will make Kansas City streets safer for walkers and bicyclists. This was very good news according to the Kansas City Mo bicycle accident lawyers. "Anytime a city takes steps to reduce bicycle and pedestrian accidents everyone benefits."

Complete Streets is a program that recognizes our streets are an important part of our community, which means they are shared by walkers, joggers, bicyclists, transit users, transit vehicles, wheelchairs and more. The best policies and plans create streets that are designed to be shared safely by all users, not just cars, thus reducing the number of car accidents involving bicycles and pedestrians.

Livable Streets helps ensure that more Kansas City, Mo streets are designed and operated to provide safe access for all users; transit users of all ages and abilities, people with disabilities, people who walk and people who bike. They also include plans to help with traffic flow and to encourage transportation improvement plans.

What does Missouri Complete Streets Look Like?
Several elements make up a Complete Street, with the ultimate goal of making streets usable for everyone while promoting sustainable transportation, active lifestyles, and safer access to jobs and school.

Kansas City Plan Promotes Safe Bicycling and Safer Transportation
Any plan which not only recognizes that people ride and commute on bicycles but provides safe access for bicyclists and pedestrians will ultimately reduce pedestrian, bicycle and car accidents. And in words from the Kansas City Mo resolution: Livable Streets - safely facilitate movement of people of all ages and abilities from destination to destination along and across a continuous travel network; and is safe and inviting to pedestrians, bicyclists, transit riders, the disabled, children, senior citizens, automobiles, motorcycles and buses. This resolution is designed to do just that.

This is great news for all City street users. And as the plan unfolds and changes are made Kansas City Mo bicycle and car accident lawyers look forward to the positive impact this addition will make to Kansas City's goal of a safe and thriving community.

Bicycle Accidents in Kansas City
Bicycle accidents happen when riders and drivers alike are not paying attention or fail to follow traffic laws and use safe driving habits. Be aware that when you are bicycling you are harder to see and take extra precautions to be visible. Do not assume a driver sees you.

If you have been involved in a bicycle accident with a car call the Kansas City Mo bicycle accident lawyers to see if you need legal advice or visit our website for more information about accidents and personal injury.