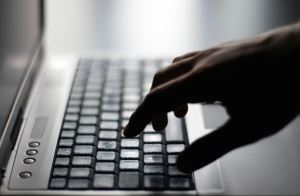 In this day and age, it's difficult to imagine life without social media. Websites like Facebook and Twitter, extremely popular in recent years: about half of adult Americans have a social networking account, and approximately 22% use networking sites several times a day. Since social media often plays such a large role in an individual's daily routine, it can be a key factor in legal proceedings - especially in the pursuit of a Missouri workers' compensation claim.

In fact, it's becoming increasingly common for information associated with a social media account to be used as evidence in a workers' compensation case. Such an account creates a supply of electronically stored data (ESI), which can offer insight into a claimant's regular activities. "Workers' compensation claims are for the most part based on individualized factual situations based on a collection of social experiences involving work-related events. The collection of ESI on social networks, such as Facebook, has become a treasured library of information that can be utilized to defend or prosecute these matters," reports Property Casualty 360.

For example, in a 2011 Missouri workers' comp case (Dwyer v. Federal Express), an employer introduced online photos of a claimant hauling watermelons, arguing that such activity was inconsistent with someone suffering from a debilitating back injury. Ultimately, the claimant was awarded benefits, but only because the administrative law judge (ALJ) accepted his explanation: the pictures were staged for his friends, and he wasn't actually carrying any weight.

Other claimants aren't so fortunate. In February 2012, an injured worker in Arkansas was denied an extension of benefits after online photos were presented as evidence against him. The claimant, Zackery Clement, was initially awarded temporary total disability benefits for an injury he sustained when a refrigerator fell on him. He underwent three surgeries and then applied for an extension of benefits, maintaining that he was in "excruciating pain" and in need of further medical treatment and disability payments. However, his employer accessed photos of Clement - posted on Facebook and MySpace - that showed him "drinking [alcohol] and partying," which became a key factor in the case against him. After Clement's application was denied, he appealed, arguing that the photos should not have been considered as evidence. Ultimately, the Arkansas Court of Appeals ruled that the pictures were allowable.

Of course, the fact that Clement attended a party doesn't necessarily mean that his request for additional benefits was unwarranted: he clearly suffered a debilitating injury. The issue is the way the photographs undermined his claim in court. "Clement contended that he was in excruciating pain, but these pictures show him drinking and partying," Judge David Glover wrote in the appeals court's decision. "Certainly these pictures could have a bearing on a Clement's credibility, albeit a negative effect that Clement might not wish to be demonstrated to the ALJ or the [Arkansas Compensation] Commission."