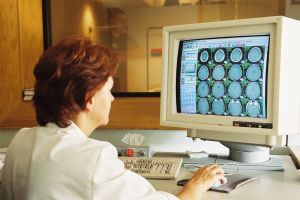 According to the Centers for Disease Control (CDC), an estimated 1.7 million people suffer traumatic brain injuries (TBIs) in the United States, and TBIs contributed to approximately one-third of all injury-related deaths. As our Springfield personal injury lawyers know, auto accidents are a leading cause of these debilitating injuries. In this post, we share a few facts and statistics concerning TBIs and the long-term effects they can have on injury victims.

• All TBIs are different, depending on the circumstances that caused the injury, the severity of the injury, and the area of the brain that's been damaged. Accordingly, the symptoms and effects also vary widely from patient to patient.

• TBI symptoms may not appear until days or even weeks after an injury occurs, so it's essential to seek medical treatment immediately following a head injury, even if you think you feel find.

• The Brain Injury Association of America reports that TBIs "can change the way a person thinks, acts, feels, and moves the body. Brain injury can also change the complex internal functions of the body, such as regulating body temperature; blood pressure; bowel and bladder control. These changes can be temporary or permanent." The CDC concurs, pointing out that TBIs can result in several long or short term changes in a victim's thinking, sensation, language and emotion.

• TBIs can also be accompanied by numerous psychological challenges, including anxiety, anger and depression. They can also increase a victim's chances of developing additional neurological conditions, including epilepsy, Alzheimer's disease, Parkinson's disease, and other brain disorders.