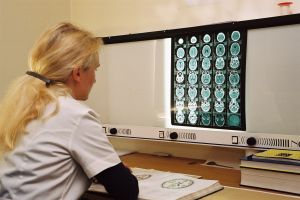 When a loved one suffers from a traumatic brain injury, his or her life can be permanently changed, impacting not just the victims but their loved ones as well. Often, those afflicted with these injuries are forced to relearn basic tasks, as brain injuries can impact an individual's thinking, sensation, language and emotions. Traumatic brain injuries can also result in long-term financial consequences associated with medical care, disability, and rehabilitation.

What is a traumatic brain injury?

According to the Brain Injury Association of America, a traumatic brain injury is defined as "an alteration in brain function, or other evidence of brain pathology, caused by an external force." These injuries are, unfortunately, common. They can be associated with a number of incidents, including the following:

Auto accidents account for 17.3% of traumatic brain injuries in the United States, and medical professionals report that it is remarkably easy to suffer a brain injury in a car crash. You don't have to be traveling at a high rate of speed, and you don't even have to strike your head on an object to suffer injury. Clinical neuropsychologist Dr. Glen Johnson explains a common scenario: "If a person is driving a car at 45 miles per hour and is struck head-on by another car traveling at the same rate of speed, the person's brain goes from 45 miles per hour to zero in an instant. The soft tissue of the brain is propelled against the very hard bone of the skull. The brain tissue is 'squished' against the skull and blood vessels may tear. When blood vessels tear, they release blood into areas of the brain in an uncontrolled way."

Bleeding in the brain can be especially dangerous, because it can cause brain tissue to stop functioning or even die off - and it can happen fast. In many cases, symptoms of these injuries don't appear right away: "Some people have sustained a head injury from a car accident and [seemed] 'just fine' right after at the accident. Some have even gotten out of the car and directed traffic," Dr. Johnson says. "Within a short period of time, they began to get more and more confused until they eventually [lapsed] into a coma."