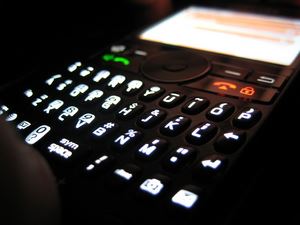 Distracted drivers continue to be a serious threat to roadway safety in Kansas City and throughout the U.S. Despite numerous campaigns designed to raise awareness about the dangers of driving distracted, many motorists continue to divide their focus between driving and another task (often cell phone use). In this post, our Missouri car accident lawyers explain the basic facts about distraction and discuss its impact on driving performance.

There are four basic forms of distraction that can impact a driver's performance:

Research indicates that certain activities are particularly dangerous for drivers because they create more than one form of distraction. For example, texting causes visual, manual, and cognitive distraction, and as such, it can be especially lethal when you're behind the wheel. A texting driver's crash risk is 23 times higher than an undistracted driver's.

Talking on a cell phone can also prove to be deadly. Using a phone while driving causes a 37% reduction in the amount of brain activity associated with driving, and hands-free phones are not believed to be substantially safer than hand-held devices.

• A study conducted by the Governor's Highway Safety Association (GHSA) observed 100 drivers for a year and found that those drivers were distracted between 25% and 50% of the time.

• In recent GHSA surveys, approximately 2/3 of respondents admitted to using a cell phone while driving, with about 1/3 reporting that they did so routinely.

• While some drivers believe they can "multitask" and safely drive while using a phone, research suggests that such a thing is not possible. According to a new study from the University of Utah, "Drivers who believe they are skilled at multitasking...actually are the least likely to be capable of safely doing so, a new study reveals. In fact, drivers who multitask may be inclined to do so because they have difficult focusing closely on even a single task."

• Here in Missouri, cell phone use was a contributing factor in more than 1,780 auto accidents in 2009.

Aaron Sachs & Associates, P.C. is a personal injury law firm serving car accident victims in Kansas City, Missouri, and throughout the surrounding areas, including Independence, Lee's Summit, Blue Springs, Greenwood, Liberty, Excelsior Springs, Belton, Harrisonville, Peculiar, Pleasant Hill, Clinton and Windsor. If you or a loved one has been injured due to the negligence of a distracted driver, contact our office to find out if we can help. To schedule an appointment for a free initial consultation, please call us toll-free at 1-855-695-1426, or visit our website.
Attorney meetings by appointment only
Categories