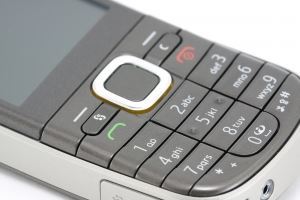 So far, it appears LaHood is being proven right. On Monday, the University of California at Berkeley released a new study that examines state accident and fatality statistics since California banned the use of handheld devices while driving. The study revealed that statewide car accident fatalities have decreased by 22% overall, while deaths specifically connected to handheld devices dropped by 47%.

Numerous studies and research initiatives have found similar results. In 2011, 2 pilot projects (one in Hartford, Connecticut and one in Syracuse, New York) concluded that an increase in police enforcement coupled with publicity campaigns dramatically reduced drivers' use of handheld devices, according to USA Today. In fact, a representative from the Syracuse Police Department recently participated in a distracted driving summit in Jefferson City, Missouri.

After the study period, researchers observed that, in Syracuse, drivers' use of handheld cell phones was decreased by a third. In Hartford, there was nearly a 60% drop in handheld cellphone use and a drop in texting drivers by roughly 75%. "Based on these results, it is crystal clear that those who try to minimize this dangerous behavior are making a serious error in judgment, especially when half a million people are injured and thousands more are killed in distracted driving accidents," said LaHood.

NHTSA Administrator David Strickland concurs. "The success of these pilot programs clearly show that combining strong laws with strong enforcement can bring about a sea change in public attitudes and behavior," Strickland said. "We applaud the work of the men and women of the Syracuse and Hartford police forces, and call on state legislatures, law enforcement and safety advocates across the nation to follow their lead."

Currently, Missouri has no laws regulating the use of handheld cell phones by drivers. Our state's lone texting law only applies to drivers under 21, according to the Governors' Highway Safety Administration: these young drivers are prohibited from texting behind the wheel, although some Missouri law enforcement officials have expressed frustration at the difficulty of enforcing such a ban.

Our Southeast Missouri car accident attorneys understand that distracted driving is one of the top causes for car accidents in our area and in the nation. Drivers who use a handheld device while operating a motor vehicle are 4 times as likely to get into a serious accident. Using a cell phone while driving gives you the same reaction time as a driver who is legally drunk.

According to Distraction.gov, nearly 5,500 people were killed in 2009 because of car accidents that reported the involvement of a distracted driver. Another 448,000 people were injured in these types of incidents. Distracted driving accidents accounted for 20% of all injury accidents. Nearly 1,000 of these accident reports identified the use of a cell phone as the specific distraction. These numbers are believed to be low, because in fatality accidents, it can be difficult to prove that distraction was a factor.