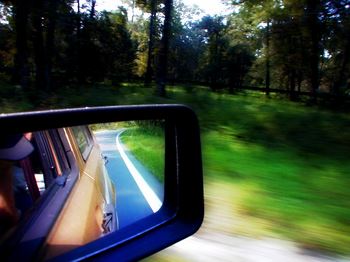 It seems like you can't watch the news lately without hearing something about distracted driving. Whether it's an accident report, proposed distracted driving laws, or research findings, distracted drivers are certainly commanding a great deal of media attention in Missouri and nationwide.

USA Today: Parents distracted while teaching kids to drive
A State Farm survey reveals that the majority of parents admit to using electronic devices while driving or - even more shockingly - while teaching their teenage children to drive. 53% of parents say they've been distracted by cell phones while giving their teens driving lessons. And teens? They say it happens even more often: 61% reported seeing their parents distracted by cell phones during these lessons. What's more, 54% of teens surveyed said they had seen their parents talking on a cell phone or texting while driving, either "sometimes," "often," or "all the time."

State Farm's Chris Mullen called the findings "alarming": "There is a need to remind parents that they are the role models. Whether it's deliberate or not, we're showing these teens what's acceptable in the car," Mullen said.

MSNBC: Feds to crack down on texting while driving
Transportation Secretary Ray LaHood has recommended that automakers take voluntary steps to limit the use technology in moving vehicles. These recommendations develop a set of safety criteria that would affect hands-free calling, navigation systems and entertainment systems. The article reports that "the guidelines are mainly an attempt to reach younger drivers, who are the most inexperienced and whose daily lives are most influenced by wireless technology."

Note: In addition, USA Today also reports a growing interest in smartphone applications that stop people from using their phones while a vehicle is moving: they are especially popular with corporate fleet managers and the parents of teen drivers.