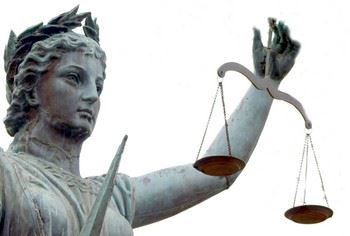 Last week, the Missouri Supreme Court upheld the constitutionality of our state's limits (or "caps") on non-economic damages a plaintiff can collect in a wrongful death lawsuit, reports LegalNewsline.com.

The case (Sanders v. Ahmed) involved Ronald Sanders, whose wife Pauline died in 2005. In 2003, Pauline had been admitted to an Independence hospital after experiencing numbness in her legs and difficulty walking. Her primary care physician requested a consultation from a neurologist, Dr. Iftekhar Ahmed. After seeing Pauline (who had a history of seizures), Dr. Ahmed changed her medication and prescribed the drug Depakote.

Pauline's condition did not improve - in fact, she began to deteriorate. Over the next week, she became lethargic and suffered a focal seizure, and Dr. Ahmed cancelled her Depakote dosage at that time. Within days, Pauline stopped responding to all stimuli (even painful stimuli), and it was determined that she had suffered permanent brain damage. She lived in a long-term care facility for 2 years before she died.

Initially, Sanders had filed a personal injury lawsuit against Dr. Ahmed, which was subsequently amended into a wrongful death suit after Pauline passed away. The suit alleged that Dr. Ahmed failed to recognize and treat rising ammonia levels in Pauline's body, which was caused by the Depakote (Pauline's medical condition made it impossible for her body to dispose of byproduct ammonia). Those rising levels, Sanders claim said, resulted in the damage to Pauline's brain.