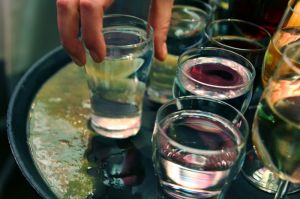 Yesterday, a teenager from Purdy, Missouri pleaded guilty to first-degree involuntary manslaughter, and she is now facing up to 7 years in prison. The charges stem from a terrible car crash that happened 2 years ago on Missouri 76: Sierra Wood, now 19, was traveling near Cassville when she ran off the road and rolled her vehicle. Her passenger and friend, 17 year-old Jessica Pettengill, was killed. Afterward, she admitted she had been drinking. Wood was expected to stand trial beginning Wednesday morning, but instead, she decided to enter a guilty plea. She will be sentenced in June.

Meanwhile, the Missouri Highway Patrol recently announced that it will participate in additional enforcement initiatives aimed at catching drunk drivers throughout the month of April. Captain Juan Villanueva, Troop D's commanding officer, announced plans for a sobriety checkpoint in Stone County in addition to saturation efforts in Stone, Dallas and Lawrence Counties.

Our lawyers have discussed the differing opinions about the usefulness of law enforcement initiatives like these, but here in Greene County, they've proven to be reasonably effective. Over St. Patrick's Day weekend, the Springfield Police Department also conducted a sobriety checkpoint at Campbell Avenue and Meadowmere Street here in Springfield: by the end of the night, they had cited 10 drivers for driving under the influence. The Greene County Sheriff's Department cited 2 additional suspected drunk drivers on the same evening.

We all know that we shouldn't drink and drive because drunk drivers kill innocent people, including residents of Springfield and the surrounding areas. In 2010, 218 people were killed by drunk drivers in Missouri, meaning a fatal drinking related crash killed a Missourian every 2.2 hours. In that same year, an additional 3.823 people suffered injuries in accidents involving impaired drivers. All of these injuries and deaths could have been prevented.