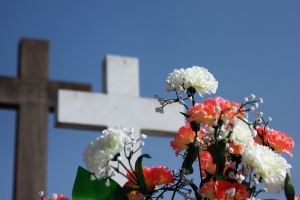 As Cape Girardeau car accident lawyers, we frequently work with families who have lost loved ones because of the actions of negligent drivers. In addition to the trauma and grief that accompany such a loss, surviving family members often have to worry about numerous financial matters.

Recently, a wrongful death lawsuit was filed in connection with a semi-truck accident that killed six people who were traveling home after a family vacation. According to the Milwaukee Journal Sentinel, the crash happened in March near Elizabethtown, Kentucky, when a semi rear-ended an SUV, causing the passenger vehicle to burst into flames. The collision killed six occupants of the SUV, including James and Barbara Gollnow, both age 62; their friend Marion Champnoise, 92; their adopted daughter Serena Gollnow, 18; and two of their foster children, 8 year-old Soledad Smith and 10 year-old Gabrielle Zumiga. Two other foster children survived the crash because a Good Samaritan broke the SUV's rear window and helped them escape the burning vehicle.

The semi-truck driver, 47 year-old Ibrahim Fetic, was not injured in the accident. At the scene, Fetic told police that "he saw the vehicle that was in front of him and he hit the brakes and he didn't hit them in time." A federal investigation revealed that Fetic had been driving in excess of hours-of-service regulations, which limit the amount of time semi-truck drivers can be on duty without rest. He had also falsified his record-of-duty status log to cover up the violations. Subsequently, the Federal Motor Carrier Safety Administration (FMCSA) declared Fetic an "imminent hazard" and ordered him to cease all commercial motor vehicle operations. FMCSA officials also shut down Fetic's employer, Michigan-based trucking company Highway Star, Inc.

The wrongful death lawsuit, filed on behalf of the four adults who died in the accident, names both Fetic and Highway Star as defendants. "You can't drive over 70 hours in an eight-day period," Ron Hillerich, attorney for the family, told WLKY Louisville. "[Investigators] found this driver had actually driven 88 hours and was 18 hours over the maximum, which may have led to driver fatigue and him not actually seeing our client slow down on the northbound lane of I-65."

What is wrongful death?
A wrongful death occurs when someone is killed as the result of another person or party's wrongful conduct, which can involve acting either negligently or intentionally. Wrongful death lawsuits are common in cases involving fatal car accidents and medical malpractice, and they allow surviving relatives to recover compensation for their medical expenses, funeral and burial costs, lost future wages and benefits, and other damages and losses.

2. The deceased's siblings or their descendants, if there are no relatives in class 1; or

3. A plaintiff ad litem (to be appointed by the court with jurisdiction), if there are no relatives in class 1 or 2.

At Aaron Sachs & Associates, P.C., our personal injury lawyers represent Missouri auto accident victims and their families. If you or a loved one has been injured in a crash caused by a careless or inattentive driver, it may be beneficial to meet with an attorney to discuss your legal rights and options. Contact our office today to schedule an appointment for a free initial consultation: call us toll-free at 1-888-777-AUTO, or visit our website. Serving clients in Cape Girardeau and the surrounding areas, including Jackson, Delta, Perryville, Dexter, Bloomfield, New Madrid and Portageville.
Attorney meetings by appointment only
Categories