When looking at the statistics for truck accidents, specifically the primary factors involved, driver fatigue is a common risk factor. That is why the Federal Motor Carrier Safety Administration (FMCSA), a branch of the U.S. Department of Transportation (DOT), proposed last December to change the Hours of Service Rule.

The final rule was supposed to be published on October 28, 2011. But the FMCSA has postponed the final rule again until November 28, 2011. The proposed rule change has most trucking companies worried about business. 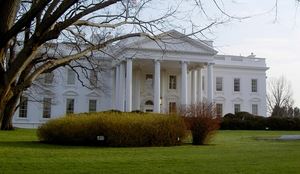 The Arguments Over the Rule Change
The latest hours of service change proposal was introduced after extensive study and an extended comments phase in December 2010 and it is in the news again. October 19th a senator from New Hampshire, Kelly Ayotte, proposed to add language to the transportation appropriations bill (H.R. 2112) that would block any funds that could be used to enforce the new proposed changes. Sen. Ayotte wants to block the funds because she believes the FMCSA chose the hours of service change over more effective changes. This bill is expected to be considered by the senate in the next couple of weeks.

October 21st, the American Trucking Association (ATA) challenged Transportation Secretary Ray LaHood's statement that the proposed rule changes would be supported by current and up-to-date data. The ATA contends there is little or no data or science supporting FMCSA's current rule change proposal. The ATA released a white paper December 3, 2010 in opposition to the rule change and the ATA has continued its efforts ever since.

American Trucking Association's Battle
May 6, 2011 FMCSA extended the current comment period and announced they would be unable to meet for the July 26, 2011 deadline to rule on the proposed change. September 7, the ATA submitted a letter to the Office of Management and Budget urging President Obama and his administration to provide relief from this regulatory burden. They called the proposed rule change "unnecessary regulations" that "would result in reduced wages for hundreds of thousands of drivers, significant administrative and efficiency costs for trucking companies, and most importantly, billions of dollars in lost productivity,"

In 2004 the hours-of-service rule was changed to limit drivers to 11 hours driving time per day, increased the minimum rest to 10 hours, and changed when the reset for weekly hour's clock would occur, among other changes.

The ATA contends that the current proposal was made over pressure from a lawsuit and union and safety advocacy groups only and would drastically change drivers' lifestyles and carrier operations without any true safety benefit or real reduction in truck accidents. The ATA cites the FMCSA's own analysis that the proposal's costs would outweigh any potential truck accident reduction benefits. The ATA points to the fact that truck accidents have been greatly reduced since 2004 and therefor the 2004 changes were enough.

Who's Right?
As with all political debates, it is very difficult to know who is right. The bottom line is that the number truck accidents need to be further reduced. Whether or not the current proposal becomes a new rule is still up in the air. And if the new changes do go into effect, only time will tell if the economic burden forecasted is correct.

When it comes to preventing truck accidents, reducing driver fatigue cannot be ignored as having positive impact. Regulation and enforcement of the rules, the effects on commerce and the economy, as well as compliance with the rules is a whole other issue.