According to Jefferson City, Missouri car accident lawyers, injuries are considered catastrophic based on the the massive impact they have on the lives of the individuals who experience them, and frequently the lives of family members as well. Catastrophic Injuries can include:
• Amputation 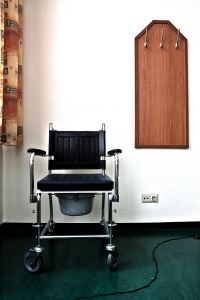 Can Victims of Columbia Catastrophic Injuries Ever Recover?

Some make a full or partial recovery with proper treatment. Columbia Missouri Catastrophic Injury Lawyers know that what is far more likely for these unfortunate people is permanent disability, total disruption of life as they knew it before, and even shortened life spans. An estimated 5.3 million people - 2% of the U.S. population - are living with a permanent disability just from traumatic brain injuries alone. The Brain Injury Recovery Network can provide much more information.

Under what circumstances is a Jefferson City Catastrophic Injury victim entitled to damages?

If the injury was caused by an auto accident, the amount of money you can receive is limited by the other driver's insurance coverage. As everyone knows, frequently the worst drivers are uninsured or under-insured. In these cases, the amount the injured party could recover will be substantially less than the amount required to pay for a lifetime of medical treatment, loss of future income, and suffering. Seeking alternative compensation or government assistance is necessary in this type of case.

Jefferson City Catastrophic Injury Attorneys can help you recover the compensation you deserve, including:

Because catastrophic injury cases can be complicated, consulting a Coumbia Missouri Personal Injury law firm that specializes in these types of cases is highly recommended. If your attorney finds that there is no responsible party to make a claim against, the injured party might still need experienced legal representation to navigate the Social Security Disability system and claim government benefits.

(Attorney meetings by appointment only.)