Missouri Truck Accident lawyers were shocked to hear of two recent collisions between a semi truck and an Amtrak train happening within the past month. The first took place June 24th outside of Reno, Nevada and left six dead, including the truck driver and the train conductor. At least twenty people were injured, but considering the damage, it is a miracle that number is not higher. Two Amtrak cars were completely gutted by fire after the crash, and the National Transportation Safety Board called in two forensic anthropologists to try to identify the charred remains of the victims. 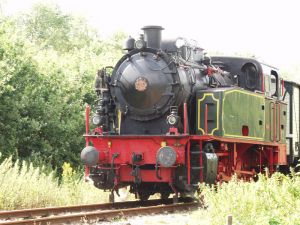 Unfortunately, investigators did not expect to recover any useful information to explain what went wrong from the truck's "black box" because it was demolished in the accident.

Apparently, the semi truck was leading a three vehicle convoy from the Battle Mountain trucking company. The other two truck drivers reported that they saw the train approaching, and couldn't understand why the lead driver didn't appear to be slowing his vehicle.

When the driver finally hit his brakes, his semi truck left a 320-foot skid mark, but it wasn't enough distance to keep him from smashing right into the side of the train.

The truck was operated by the John Davis Trucking Company Inc. of Battle Mountain, Nev. According to the Federal Motor Vehicle Carrier Safety Administration, this company has had 17 faulty equipment violations and two other crashes since 2009. In one of the instances, the truck in question was found to have bald tires, and in another case the truck's springs were either missing completely or defective.

Investigators are still trying to piece together exactly what happened. Was it driver error--or equipment failure? Missouri Truck Accident lawyers will be interested to hear the NTSB's report of this tragic tractor trailer/train accident.

The driver of the semi truck, 35-year-old Peter Barnum, was employed by Triumvirate Environmental, and had two speeding tickets during his years as a commercial semi truck driver. In this accident, the truck skidded 239 feet before hitting the passenger train. The force of the impact separated the front engine of Amtrak's Downeaster from the passenger cars.

Apparently, the Amtrak railroad police have video footage of the crash taken from the front of the train. Authorities were expecting this footage to be a huge help in finding out exactly what happened.

There was some talk of possible cell phone use contributing to the crash. Police planned to investigate the driver's cell phone records to determine if he was indeed on the phone when it happened.

What both these semi truck accidents have in common, aside from the tragic injuries and loss of life, is that they leave more questions than answers as to what happened. One thing is certain, and has been proven over and over again--semi trucks cannot stop anywhere near as quickly as cars and SUV's. If the driver is distracted, talking on the phone, speeding, or operating a truck with poorly maintained equipment, the result is frequently destruction and loss of life.

Missouri Truck Accident lawyers hope that the NTSB will discover the causes of these two horrific accidents, and propose new regulations or initiatives to prevent these kinds of semi truck accidents in the future.