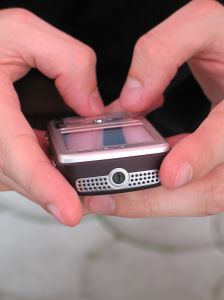 Today, the National Highway Traffic Safety Administration (NHTSA) announced that it will provide $550,000 in federal funding for pilot programs designed to prevent texting and driving. NBC News reports that Connecticut and Massachusetts will each receive $275,000 to implement high visibility anti-texting enforcement programs.

"We have come a long way in our fight against distracted driving, but there is still much work to be done," said U.S. Transportation Secretary Ray LaHood in a NHTSA news release. "Texting behind the wheel is especially dangerous, which is why we're working with states like Connecticut and Massachusetts to address this important safety issue."

Secretary LaHood says the funds will be used to train police officers in the two states, equipping them with more effective methods for identifying texting drivers and enforcing texting laws. Law enforcement officials in several states have experienced some difficulty enforcing texting bans, since it can be hard to tell whether a driver is texting, or dialing a number, or using a GPS program. In addition, the grant money will work to support media campaigns designed to spread awareness about the dangers of texting and driving.

Currently, 39 states, Washington D.C. and Guam have enacted text message bans for drivers of all ages. Missouri is not one of those states: our only texting and driving law is a ban for drivers under age 21. In 2012, the Missouri Legislature considered seven separate distracted driving bills, but none of them even came to a vote.

Why is texting and driving so dangerous?

• According to the Governors Highway Safety Association, there are four main kinds of driver distraction: visual (looking at something besides the road); auditory (hearing something unrelated to driving); manual (doing something with your hands besides steering); and cognitive (thinking about something other than driving). Since texting involves three of those forms of distraction, it can be especially perilous.

• A 2009 federal study determined that a texting driver has a crash risk 23 times higher than a non-texting driver.

• On average, sending or receiving a text takes a driver's eyes off the road for about 4.6 seconds. If a vehicle is traveling 55 miles per hour, that's like driving the length of a football field, blind.

• When you use a cell phone while driving - whether it's handheld or hands-free - your reactions are delayed as much as if you had a blood alcohol content of 0.08%.

• Frighteningly, an estimated 45% of drivers under age 35 are in the habit of sending or receiving text messages while they're behind the wheel. And 77% of young drivers say they are somewhat or very "confident that they can safely text while driving."

At Aaron Sachs & Associates, P.C., our personal injury lawyers serve the victims of Missouri auto accidents. If you've been injured because of another driver's negligence, we may be able to assist you. We represent clients in Cape Girardeau, Poplar Bluff, Van Buren, Kennett, Perryville, Ellington, Farmington, and Piedmont, and we offer a free initial consultation to discuss your case. To schedule an appointment, call 1-888-777-AUTO, or visit our website.
Attorney meetings by appointment only
Categories