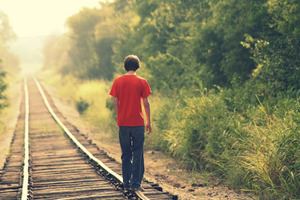 Collisions involving trains and pedestrians are a growing problem in Missouri - so much so that the St. Louis Post-Dispatch recently released a series of articles exploring the issue. Consider these accidents, which are only a few of the fatal train/pedestrian collisions that happened in Missouri this year:

• Casey Turner, 26, died when he was hit by a Metrolink train in St. Louis. Turner was reportedly walking on the tracks when he was struck.

• Cameron Vennard, 14, was struck by an Amtrak train as he walked from his home to a restaurant in downtown Kirkwood, where he planned to meet friends. Authorities say the teen was wearing earphones at the time of the collision, which likely kept him from hearing the train as it approached from behind.

• Lydia Otten, 28, died after she was struck by a Union Pacific Railroad train in Sedalia. Police believe she deliberately stepped in front of the train to commit suicide.

• Mitchell Maeserang, 16, was killed by a Norfolk Southern freight train in an accident strikingly like the one that killed Cameron Vennard. Maeserang's mother said he too was wearing earphones when he was struck.

• Benson Werntz, 51, died when he was hit by an Amtrak train in Independence. Witnesses told police that Werntz appeared to be impaired when he walked onto the tracks in front of the oncoming train.

Here are a few basic facts about pedestrian/train collisions:

• A fast-moving train can require a mile or longer to come to a complete stop. If an engineer suddenly sees someone on the tracks, it's highly unlikely that he or she will be able to stop the train in time.

• Pedestrian fatalities are now the leading cause of train accident deaths, the Post-Dispatch reports. Since 1997, more than 7,200 pedestrians have died - and approximately 6,400 have been injured - after being struck by trains.

• Every year, an estimated 500 Americans die walking on railroad tracks, according to the Federal Railroad Administration.

• Every three hours, a person or vehicle is struck by a train somewhere in the United States. In 2011, there were 48 collisions involving trains in Missouri, which resulted in 13 fatalities and 14 injuries. This year's numbers are expected to be higher.