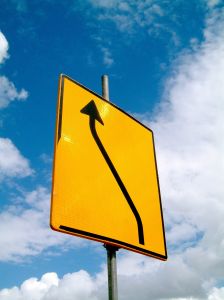 Recently, the National Center for Statistics and Analysis (NCSA) released its 2011 Motor Vehicle Crashes - Overview. The NCSA, an office of the National Highway Traffic Safety Administration (NHTSA), provides analytical and statistical data to several agencies within the roadway safety community. According to the Overview, 32,367 people died and about 2.22 million more were injured in 2011 auto accidents throughout the U.S. In this post, our Kansas City personal injury lawyers highlight a few of the Overview's notable points. In general, the NCSA's findings suggest that the main factors contributing to auto accidents and injuries aren't new - in fact, they're issues that most drivers will find disturbingly familiar.

• Don't drink and drive. The NCSA says drunk drivers contributed to approximately 31% of all 2011 crash fatalities. Despite numerous safety campaigns and enhanced enforcement initiatives, drunk drivers are still on the road, causing serious, even fatal accidents: in 2011, there was an average of one alcohol-related driving death every 53 minutes. And all too often, the victims of these accidents are innocent motorists who are simply in the wrong place at the wrong time. Remember, drunk driving accidents are 100% preventable. If you've been drinking, don't get behind the wheel.

• Wear your seat belt. It's no secret that seat belts significantly reduce your risk of serious injury in the event of a car accident. Between 2004 and 2008, seat belts saved more than 75,000 lives. And yet, the NCSA found that more than half of people who died in 2011 crashes had failed to buckle up. In Missouri, seven out of 10 people killed in 2011 accidents were unrestrained. Wearing your seat belt is one of the easiest, most effective ways to protect yourself as you travel.

• Pay attention to the road. When we hear about a distracted driving crash in the news, many of us automatically assume that the driver was texting. However, a distracted driver can be engaged in virtually any activity that diverts his or her attention from the principal task of driving. The NCSA reports that 3,331 people died - and approximately 387,000 more suffered injury - in 2011 crashes where distraction was a contributing factor.

As the saying goes, the best offense is a good defense. To reduce your car accident risks, your best bet is to drive defensively: be proactive, stay focused and alert, and make sure nothing takes your attention away from the road in front of you.

The personal injury lawyers at Aaron Sachs & Associates, P.C. represent the victims of auto accidents in Kansas City, Missouri and throughout the surrounding areas, including Lee's Summit, Liberty, Independence, Blue Springs, Greenwood, Liberty, Excelsior Springs, Belton, Harrisonville and Peculiar. If you've been injured in an accident caused by another driver's negligence, our firm may be able to assist you. We work on a contingent-fee basis, and we offer a free initial consultation to discuss your case. If you'd like to schedule an appointment, please call us toll-free at 1-888-777-AUTO, or visit our website.
Attorney meetings by appointment only
Categories