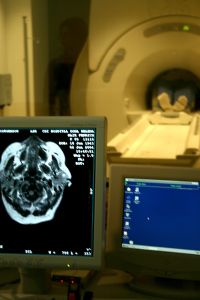 A Texas man has been awarded $5.5 million in connection with a 2007 injury he suffered on the job. According to the Lubbock Avalanche-Journal, Charles Robison sustained skull and facial fractures, traumatic brain injuries, a broken collarbone, and a broken arm while working for West Star Transportation, a trucking company based in Lubbock, Texas.

At the time of the accident, Robison was reportedly standing on several boxes, attempting to spread a tarp over a large piece of cotton gin equipment. He fell about 15 feet and landed on his head on a concrete floor. In his lawsuit, Robison alleged that West Star "failed to provide a safe workplace, failed to provide proper fall protection for employees, and [failed] to provide equipment that would have allowed the work to be done safely," the Avalanche-Journal reports.

As a result of the accident, Robison suffered injuries that impaired his speech and his cognitive abilities. He is no longer able to work or care for himself, and he will receive extended medical treatment throughout the duration of his life. In addition, Robison says the damage to his brain had a negative impact on his family and his personal relationships: during the trial, his wife testified that his "attitude toward her changed" following the accident. The couple is now separated.

The jury agreed with Robison, awarding him $5.5 million for the extensive losses he suffered because of the incident, including the following:

In Missouri, the workers' compensation system usually serves as the exclusive remedy for injured employees. In other words, in the vast majority of cases, workers who are hurt on the job must pursue a workers' compensation claim, not a lawsuit, to recover damages for lost wages, medical costs, and permanent disability. These workers cannot recover damages for pain and suffering.