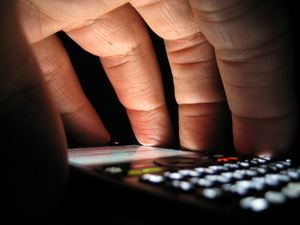 Distracted driving accidents continue to plague roadways in Missouri and throughout the country. An auto accident involving distraction happens about every 24 seconds, according to the National Safety Council. This year alone, American drivers using cell phones to talk or text have caused over 800,000 crashes. Here are just a few of the many distracted driving news items we've seen in 2012:

• This week, police in Edmonton, Canada observed a man texting while riding a motorcycle. When they attempted to stop the vehicle, the motorcyclist attempted to flee, but he lost control of the bike and struck an oncoming vehicle. The rider then left the scene on foot, but law enforcement officials were able to locate him quickly: after all, he left his wrecked bike behind. He now faces multiple criminal charges in connection with the incident.

• A 24 year-old Iowa woman was recently sentenced to five years in prison for causing a serious injury accident while texting: she crossed the center line and struck a motorcycle. The rider lost her left leg as a result of the crash.

• A Washington teen was nearly impaled after he ran off the road while texting and crashed into a fence. A fence post speared his windshield: "it nearly took his head off," said a state trooper at the scene. The 18 year-old man suffered facial lacerations.

• Moments before he drove into a ravine, a 21 year-old Texas man sent the following text message: "I need to quit texting, because I could die in a car accident." He survived, but suffered a punctured right lung, numerous facial fractures, a severe skull fracture, and bleeding of the brain. "He had to learn everything over again," his mother told NBC News. "He had to learn to speak with proper voice inflection. He had to learn how to convey emotion. Prior to the accident, he was an extremely intelligent child. He painted, he played music, he was a math whiz."

Distracted driving has proven to be especially deadly for teens, who already lead other age groups in terms of accident risks. In June, federal statistics revealed that 58% of high school seniors admitted to texting or sending emails while they're behind the wheel. What's more, distracted driving is the leading contributing factor in fatal accidents involving young drivers: it accounts for approximately 16% of teen traffic deaths.