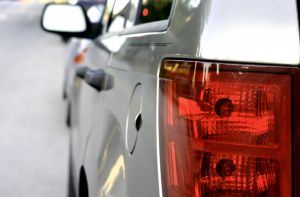 As safety technology continues to advance, drivers can expect to be better protected in a car accident. According to the Insurance Institute for Highway Safety, SUV drivers are some of the least likely to be killed in an accident: in fact, these drivers are now considered to be much safer than occupants of small cars. However, the number one preventative measure that a driver can take is still much simple: practicing cautious, alert and defensive driving habits.

Electronic stability control has been introduced more quickly in SUVs than in any other passenger vehicle. This technology uses the vehicle's engine power and brake system to help prevent incidents of skidding or rolling over.

Meanwhile, smaller passenger vehicles have experienced skyrocketing popularity as our gas prices continue to climb. Unfortunately, they are now three times more likely to die in an accident than SUV occupants. "The trend from the reported data is clear: The lighter the vehicle, the higher the likelihood that its driver will be killed in a collision with another vehicle," says Mukul Verma, a veteran auto industry safety official.

"The rollover risk in SUVs used to outweigh their size/weight advantage, but that's no longer the case," says Anne McCartt, the institute's senior vice president for research. "It's a dramatic change and a testament to the incredible effectiveness of electronic stability control."

Here are the top 10 safest vehicles (with the lowest rates of driver deaths), according to The Globe and Mail:

"This report explains why Americans equate size with safety, even though small cars today are safer than ever before," says Wade Newton, spokesman for the Alliance of Automobile Manufacturers.

The average death rate for older vehicle (1999 to 2002) is much worse than today's. These older vehicles saw a death rate of 82 per million for SUVs and 88 million for cars. Recent studies show that the death rate for SUVs is half that of small cars, according to The Wall Street Journal. In previous years, the rollover risk in these SUVs outweighed the size and weight advantage, but that is simply no longer true. "It's not just weight that gives SUVs an advantage. It's also their height and other factors. When cars and SUVs of similar weight are compared, the SUVs have lower death rates." says McCartt.

The current death rating for these vehicles is as follows:

It is important to note that large cars perform better than smaller ones: 4-door subcompacts have a death rate of 82 per million while large, 4-door cars have an average death rate of 46.

"For years, small cars have represented the low end of the economic spectrum and received fewer safety and enhanced design features," says Sean Kane of Safety Research & Strategies, which advises plaintiff lawyers, government and auto suppliers. "Undoubtedly, that has an effect."