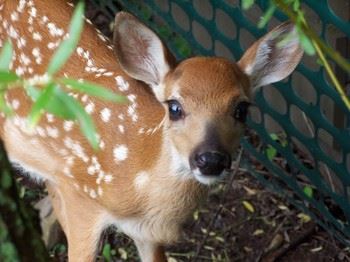 On Monday evening, a Centralia woman was killed after she struck a deer on Missouri Highway 124. According to the Missouri Highway Patrol, 46 year-old Beth Weber was traveling north when she hit the deer, causing her Jeep to spin counterclockwise into southbound traffic. A 2010 Kia slammed into the passenger side of Weber's vehicle. She was pronounced dead at the scene, while the driver of the second vehicle was taken to the hospital with minor injuries.

From a driver's perspective, deer can be difficult to see, especially since they tend to be on the move at dusk and dawn (when they change areas to eat or sleep). Deer are most active from about one-half hour before dawn until about an hour after sunrise; and from twilight until about 11 p.m. Many deer-related car accidents happen when drivers swerve to avoid a deer (or swerve to avoid someone else who has swerved or stopped to avoid a deer). Often, by the time you see a deer in your path, you only have fractions of a second to react.

Several Missouri communities are experimenting with strategies aimed at reducing the numbers of car-deer collisions. For example, at a Cape Girardeau city council meeting in September 2011, a council member raised the issue of the growing deer population in Cape Girardeau. In 2010, the city received 76 deer related calls (including 47 to pick up dead deer and 38 about collisions or car accidents involving a deer), and those numbers have only continued to increase.

This coming Monday, the Council will meet again to discuss a deer-feed ban within the city limits, which would make it a citable offense to leave out food to attract white-tailed deer. The idea, supporters argue, is to keep from attracting more deer into the city, and thereby reduce the chances of an accident. The Council will also address adding more deer crossing signs throughout the area, reports the Southeast Missourian. 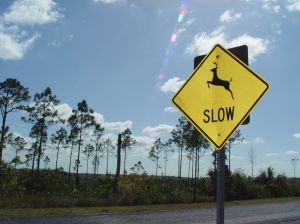 Avoiding animals is not the only danger posed by low light conditions. As visibility decreases or the sun shines directly into your car, the chances of a car accident greatly increase. The best way to avoid a car accident in these conditions is to slow down and drive prepared.


• Reduce your speed and stay alert.

• Continually scan across from side to side of the road and back to the road again.

• Look for signs of animals along the sides of the road.

• Don't let your guard down. Deer (and most animals) travel in groups.

• Remember that an animal might be blinded by your headlights and respond erratically.

• Take your foot off the accelerator and cover the brake pedal when any signs of a hazard appear.

• Slow down even more or stop until you can pass safely. Don't assume the animal will move out of your way.

• Brake firmly and avoid a sudden swerve, which increases the chance that you will lose control or cross into oncoming traffic (this is the leading cause of car accidents involving animals).

• Turn on your hazards or flash your headlights to alert other drivers.

• Call 911 to alert the authorities about large animals in the area.

Remember, the safest way to avoid a car accident is to slow down and stay alert. Whether you're confronted with a deer, fox, goose, cat, dog, or other animal, you can be sure that the animal will not respond to traffic in a predictable manner. Always be prepared to stop in low light conditions. Never assume the road is clear, and don't forget that even a small animal can create a serious car accident.