The number of senior residents that are 65-years-old and older in Missouri is expected to grow by approximately 450,000 over the next 15 years. By then, Missouri is expected to have more than 1,250,000 senior residents and a whole lot more elderly car accidents in Kansas City and elsewhere in the state. Projections report that the proportion of these residents will be more than 19 percent in 2015, according to the Missouri Senior Report 2009. 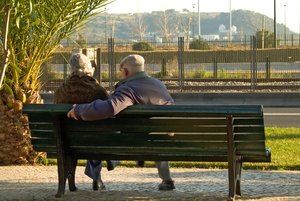 With more elderly people on our roadways we can expect more traffic accidents. Residents over the age of 64 currently represent nearly 15 percent of the entire resident population in the United States. Our country had approximately 40 million senior residents in 2009.

Our Kansas City car accident attorneys understand the difficulties that aging motorists face on our roadways. Deteriorating senses greatly contribute to the risks of being involved in a motor-vehicle accident. According to the National Highway Traffic Safety Administration (NHTSA), there were nearly 5,500 seniors killed in traffic accidents in the United States in 2009. These recently released statistics also reveal that nearly 200,000 elderly people were injured in these accidents. These victims represent nearly 20 percent of all of the traffic accident-related deaths for the year.

In 2008, there were more than 30 million licensed elderly drivers. This number illustrates a 20 percent increase from 1999. More than 80 percent of the elderly traffic-accident fatalities that happened in 2009 occurred during the weekdays during the daytime hours. Elderly drivers had the lowest proportion of drivers that were driving while under the influence of alcohol.

Elderly pedestrians face serious danger on our roadways. There were nearly 800 senior pedestrians killed in traffic-related accidents in the U.S. in 2009. More than 60 percent of these pedestrian fatalities happened at non-intersection locations.

Older residents are more at risk for a fatal injury on our roadway than any other age group. More specifically, residents age 80- to 84-years-old are most at risk. Their death rate was nearly 18 per 100,000 population.

Nearly 200 senior residents were involved in fatal traffic accidents in the state of Missouri in 2009.

To help reduce the risks of a traffic accident, Aging Parents and Elder Care asks that you check for these signs of deteriorating driving skills in your elderly loved one:

-Are they driving at inappropriate speeds? This can mean too fast or too slow.

-Are they asking for help from passengers to check if it is clear to pass a car or make a turn?

-Are they responding slowly or failing to notice bicyclists, pedestrians and other vehicles?

-Are they failing to recognize posted street signs or other traffic devices?

-Are they neglecting to yield to those who have the right-of-way?

-Are they unable to correctly judge distances between other vehicles correctly?

-Do they easily become confused, drowsy or frightened?

-Are they experiencing too many near misses or near accidents?

If your elderly loved one is experiencing any of these characteristics, it may be in your best interest to talk with them about their driving ability. It's important to stress that they're able to hang on to their independence without using their vehicle. Stress that your concern is focused on their safety. It may be a difficult subject to approach, but remember that it's a critical conversation to have when the time has come.

If you or a loved one has been involved in a car accident in Kansas City or elsewhere in Missouri, contact our Personal Injury Lawyers at Aaron Sachs Associates PC, for a free initial consultation. Call 1-888-777-AUTO (2886).