A new crash study will be handing out $500 a year to each driver that participates. The Naturalistic Driving Study is the world's largest study of its kind to look at the driver's behaviors right before and during traffic collisions, according to Forbes. The data obtained from these 3,100 drivers will be used to create countermeasures intended to save lives before a car accident in Dexter, Popular Bluff Missouri or elsewhere in the United States occurs. 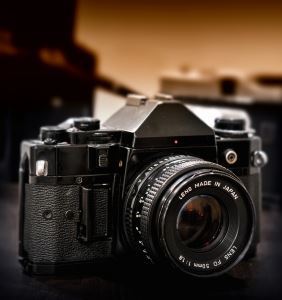 "Collision prevention is the central goal of the study" said Ken Campbell, chief program officer overseeing safety for the Strategic Highway Research Program, which is part of the non-profit Transportation Research Board. "And the driver is the key to prevent collision."

Most other studies have mainly focused on countermeasures that protect drivers and passengers after a collision has already occurred, like seat belts, airbags and crash-worthy vehicles. What's so different about this study is that researchers are focusing on collision avoidance, but more specifically driver behavior, which is the primary cause of most crashes.

During this two-year study, sponsored by the Federal Highway Administration, monitoring equipment will be installed into the chosen participant's vehicles. This system will continuously record their reactions to things like vehicle speed, traffic, lighting and weather conditions. The equipment consists of four video cameras that will record forward and rear views as well as the driver's face and hands. All of this data will be stored in a box about the size of a text book in the vehicle. It will be retrieved by researchers every four to six months.

After all of this data is collected and analyzed, it will then be used to aid the development of safety improvements. These improvements will be made in road design, cars and driver training programs. Researchers will be examining crashes at intersections and accidents where the driver runs off the road first.

Want to get involved? Unfortunately, the Transportation Research Board isn't looking for anyone in Missouri to participate, but if you know someone in Buffalo, Seattle, Tampa Bay, Durham, central Pennsylvania or Bloomington, you can urge them to sign up. Drivers can participate for either one or two years and will be paid $500 for each year they participate.

"We are particularly interested in people under 25 and over 65" Dr. Campbell said. Both groups represent a small percentage of all drivers and have high collision rates.

For each driver that participates, they must have a valid driver's license, proof of insurance and an approved vehicle. The monitoring equipment is easy to install and typically takes less than four hours to do so.

"This study is long overdue and has the potential for providing the most comprehensive look at why highway crashes occur," said Peter Kissinger, president and chief executive of the AAA Foundation for Traffic Safety, a nonprofit research and educational organization that provided technical advice for the study. "It is unprecedented in its scope and approach. It will be a wonderful supplement to other ongoing and planned traffic safety research efforts. My only disappointment is that the transportation research community didn't initiate the study several years ago."

If you or a loved one has been involved in a car accident in Dexter, New Madrid, Perryville or elsewhere in Southeast Missouri, contact the Perryville Personal Injury Lawyers at Aaron Sachs Associates PC, for a free initial consultation. Call (573) 334-7959.