One of the tragic consequences of car accidents 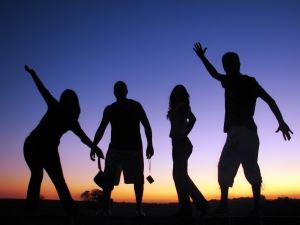 in Cape Girardeau and Southeast Missouri is that people die and many of those deaths are preventable. So it is always good news when the statistics show that fewer people are dying every year on Missouri roadways. Many people and organizations work hard and continuously to reduce the number of traffic fatalities in southeast Missouri, across the State, and nationwide. And the latest statistics for the southeast region show that those efforts are paying off.

Fifteen lives saved is reason to celebrate. And so far this year the total number for Missouri is down too, by a little over 10 percent. As of October 29, 2010 there were 675 traffic deaths in Missouri, this year there have been 603.

Good News for Save MO Lives
One of the organizations dedicated to reducing the number of lives lost on Missouri roadways is Missouri's Arrive Alive Save MO Lives. With messages and programs like "Focus on the Road", "Battle of the Belt", and "U Txt, Ur Nxt", the Missouri Coalition for Roadway Safety continues to work to reduce the number of traffic deaths even more. And every month in which the number of traffic deaths has dropped is one more month of encouragement and inspiration to continue and even redouble their efforts.

What Can You Do in Southeast Missouri?

It takes all of us working together and each of us doing are best to be better and safer drivers in order to make our southeast Missouri roads safe and car accident free. Make a pledge or start an office pool to challenge each other to reduce speeding, tailgating, or distracted driving. Make it fun so we can continue to celebrate fewer and fewer traffic deaths.

If you have lost a loved one in a car accident or have sustained injuries from one, call the Southeast Missouri car accident lawyers for a consultation meeting at 1-888-777-AUTO (2886).