Our Grandview, MO car accident attorneys note the dangers of distracted driving and efforts to curb the risks by the Missouri State Highway Patrol (MSHP).

"Inattention is a leading cause of traffic crashes," said Colonel Replogle. "If you're focused on sending a text message, then you aren't paying attention to your driving." 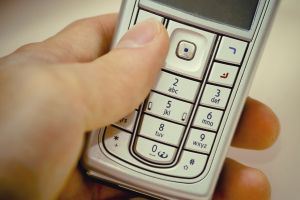 Far too many car accidents in Grandview, MO are caused by distracted drivers. Distractions can include cell phone use, talking to passengers, eating, smoking, applying makeup and text messaging.

Col. Replogle would like to reiterate that even though the state's law only prohibits drivers under the age of 22 from texting behind the wheel, all drivers should refrain from the dangerous behavior. He's asking for drivers throughout the state to "honor the letter and the spirit of the law." He says that Missouri is one of 38 states in the U.S. that have some sort of law regulating texting behind the wheel.

Back in 2009, there were nearly 2,000 accidents that were caused by a cell phone-using driver in Missouri. More than 790 accidents were witnessed in the first half of 2010 because of distraction. These accidents injured nearly 250 people. During this same time period, more than 17,500 accidents were the fault of a distracted driver.

The MSHP asks that everyone join its fight against distracted driving. NASCAR's Roush Fenway Racing and Con-way Freight have already teamed up in the battle.

The MSHP offers a documentary from AT&T that illustrates the dangers of texting behind the wheel. This documentary is titled "The Last Text" and it's not the only film being used in the anti-texting campaign. Distraction.gov is also getting serious in the fight against distracted driving. This organization recently released its "Faces of Distracted Driving" campaign.

The most recent story to be released in this campaign is the story of 9-year-old Erica Forney from Colorado.

The life of little Erica was taken as she was riding her bicycle around her house. A driver heading 25 mph was using a cell phone and failed to see the child in the roadway. Erica was hit and was thrown nearly 20 feet. The accident happened on the 25th of November in 2008. She died just two days after the accident during the Thanksgiving holiday.

"I hope that everyone who hears her story will remember to keep their eyes on the road, their hands on the wheel, and their focus on driving," said U.S. Department of Transportation Secretary LaHood.

Erica's father compares texting and driving to Russian roulette. He says distracted driving isn't worth the risks and it wasn't worth his daughter's life.

Transportation officials are hoping that you view some of the videos to get a real idea about how dangerous and how devastating these accidents can be. In 2009, there were almost 5,500 people killed because of distracted driving accidents in U.S. roadways.

If you have been involved in a car accident in Kansas City, report the accident and keep all police and medical records and contact a Kansas City car accident lawyer for help. Call Aaron Sachs & Associates PC at 816.231.4800 and ask for a no cost, no obligation consultation.