Our Raytown, MO car accident attorneys continue to report about the dangers that teen drivers face on our roadways.

A recent accident near Bolivar, MO illustrates the consequences of the accidents that involve these drivers. According to The Kansas City Star, three teen girls were killed after a pickup drove through a fence and flipped on a Polk County roadway. All three of the teens were killed and authorities have been unable to identify which of the girls was driving at the time of the accident. 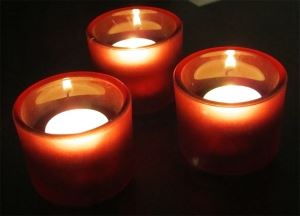 More than 5,000 teens are killed every year in car accidents in Raytown, MO and elsewhere.

Unfortunately, these accidents have become so common that they rarely make front-page news anymore. The numbers aren't getting any better either. The number of teen fatalities dropped in the 70s through the 90s, but still remains high today. Many people credit the decrease to the increase in teen driving laws.

"Anytime you have immaturity combined with inexperience, you have the potential for disaster," says Nicole Nason, head of the National Highway Traffic Safety Administration. "And that's what you get with a 16-year-old behind the wheel."

According to recent studies, driver distraction, inexperience behind the wheel and speed are the tops 3 contributors to teen car accidents. We should work to better educate these drivers to head off these incidents before they happen.

You're typically not the best driver at the age of 16 and for this reason many states have enacted a Graduated Driver's Licensing (GDL) program. These programs aim to gradually expose teens to various hazards through stages. Typically, 15-year-old drivers are required to drive with a parent, 16- and 17-year-old drivers face restrictions regarding driving curfew and passenger limitations. When a driver turns 18 and completes these years of restricted driving, they can they get an unrestricted license.

According to a study from the Johns Hopkins University for the AAA Foundation, GDL programs have the ability to decrease the risks for teen accidents by nearly 40 percent.

As of now, there are 47 states that have some sort of GDL program. Unfortunately, only 8 of them have a minimum age for a permit set at 16. Fewer than 10 restrict drivers from driving after 10:00 p.m. Only 12 states have limits on passengers.

According to Ladies Home Journal, teens account for about 7 percent of licensed drivers in the U.S. Still this age group accounts for nearly 15 percent of all of the traffic accident-related fatalities on our roadways. Car accidents continue to be the number one cause of death for teenagers in the U.S.

Parents are urged to stay on top of their teen's driving skills to ensure that their young driver is practicing safe habits behind the wheel. A driver is never too old to brush up on important safe driving skills. These skills are learned through experience, positive reinforcement and meaningful restrictions from parents.