Missouri lawmakers are on the verge of permitting speed cameras throughout the state.

On May 11, the General Assembly agreed to convene a conference committee to hash out the differences between the House and Senate version of the proposal. Language up for inclusion in the final version would permit local government to set up photo radar units, virtually without limitation. 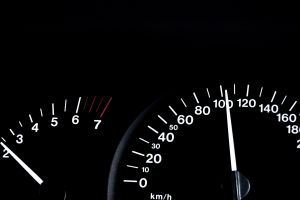 Our Springfield car accident lawyers are following the debate regarding speed cameras and red light cameras in Southwest Missouri and elsewhere in the nation. Many argue they are a burden -- and a governmental intrusion. Others argue they are saving lives. As the Insurance Institute for Highway Safety recently said about red-light cameras: "Somehow, the people who get tickets because they have broken the law have been cast as the victims -- We rarely hear about the real victims -- the people who are killed or injured by these lawbreakers."

While some may continue to debate the effectiveness or fairness of such enforcement measures, what is not up for debate is that speeding is a primary cause of car crashes in Springfield and elsewhere in Missouri. Speeding and drunk driving continue to be the two primary causes of fatal car accidents in the United States, according to the National Highway Traffic Safety Administration.

Last year, the state Supreme Court struck down Springfield's photo ticketing as illegal. Since then, companies that make speed and red light cameras have been hard at work lobbying lawmakers to write permission for the devices into state law.

-About 30 percent of all fatal accidents involve speeding.

-Speed-related accidents cost the nation an estimated $40 billion a year -- or more than $76,000 per minute.

-Speed reduces a driver's ability to steer safety around curves or objects in the roadway.

-Increased speed means increased reaction time and stopping distance in the event of an emergency.