A recently released survey concluded that 10 states in the U.S. contributed half of the $41 billion dollars nationwide cost of fatal motor car accidents in Missouri and elsewhere across the U.S. The Centers for Disease Control and Prevention released the survey this month -- reporting that 10 states accounted for more than $20 billion in costs. 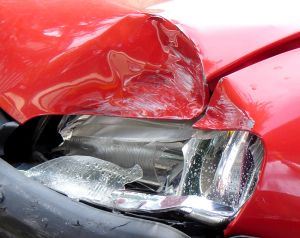 Our Missouri personal injury attorneys fight for the rights of motorists in Joplin, the Bootheel, Colombia and Springfield. We understand that Missouri was a big contributor in this total as we forked over more than $1 billion for medical and work loss costs.

The total cost results were taken from 2005 data, as it is the most recent available year for the most comprehensive data on costs for medical and work loss. Death cases are all too tragic reminders of the cost of crashes caused by motorists who are inattentive, speeding, drunk or otherwise negligent in causing a serious or fatal accident.

The CDC found that the following 10 states ranked the highest for medical and work loss costs:

Through these statistics, the CDC also found the cost related to crash deaths among children and teenagers under the age of 19 was close to $900 million. In Missouri, nearly 100 teen fatalities resulted from motor-vehicle accidents in 2009, according to the National Highway Traffic Safety Administration.

"It's tragic to hear that anyone dies on our nation's roads. But it's especially so when the person who loses his or her life is a child or teenager," said Linda Degutis, Dr. P.H., M.S.N., director, National Center for Injury Prevention and Control. "Child passenger safety laws and comprehensive graduated driver licensing laws are proven to protect young lives. We encourage states to strengthen and enforce these laws to help keep more of our young people safe."